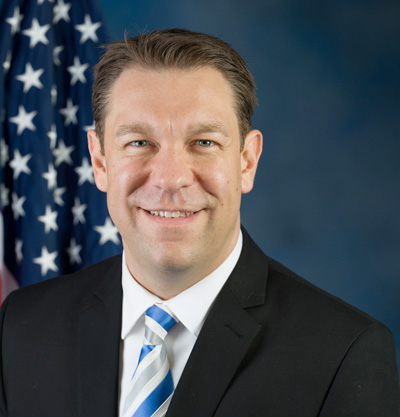 Floridians now have their own politician facing drug problems and calls to resign.

Representative Henry “Trey” Radel from Florida’s 19th congressional district, was arrested in October for purchasing cocaine from under cover agents.

On Wednesday he spoke to the public about his remorse and his decision to take a leave of absence.

Radel’s run in with the law, offers parallels to the situation in Toronto, where Mayor Rob Ford has admitted smoking crack cocaine and being drunk, but has not resigned.

Radel said he would not be collecting his salary while he is on leave.

“I’m taking a leave of absence and during that time I will donate my salary to a charity.”

Radel and Rob Ford share the pressure of owing up to substance abuse issues. Ford, however, has not been charged, while Radel has been sentenced to one year probation.

“The first rule in a crisis issue is act quickly and shut down the story,” said Waite.

Waite said he thinks the story will be relatively contained because Radel came out early and showed a lot of emotion and contrition in his news conference.

“That will be the end of the story at least from a big picture perspective and national media.”

How Ford and Radel Compare

A big difference between the two is the people they represent.  Ford’s cadre of supporters have weathered the mayor’s numerous storms during his three years in office.

“Rob Ford has been very successful in portraying to his base that he is an ordinary guy who made a mistake and he deserves a second chance,” said Waite.

“I think his core supporters are more apt to give him that second chance than certainly Radel’s supporters.”

Radel who has been in office for under a year, presented himself as a strong conservative in his election campaign. Waite said that the nature of Radel’s offense will clash with his district.

“I don’t think his constituency will be as forgiving as Rob Ford’s. Radel is seen as a conservative and this will fly directly into the conservative values.”

Criticism is already evident on the congressman’s webpage, where people have commented on his apology statement.