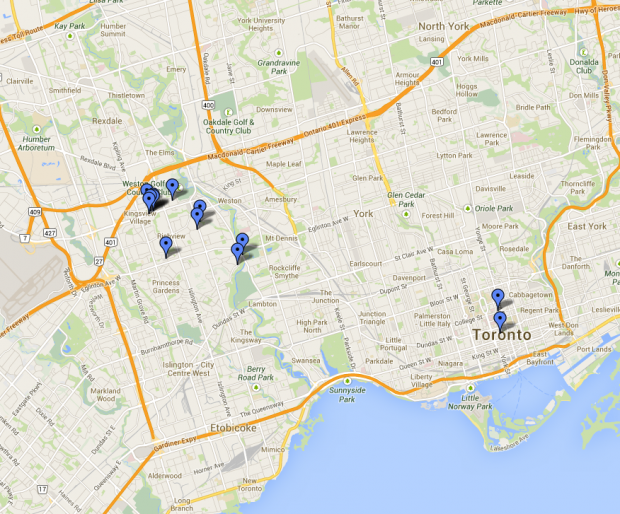 By Kiah Welsh and Lily Tran

A massive document all about a Toronto police investigation has many questioning the extent of Mayor Rob Ford’s involvement in a criminal investigation.

Ford had many interactions with his occasional driver, Alessandro (Sandro) Lisi in and around several locations in Etobicoke, in Toronto’s west end.

The following map shows where Ford lives, where he met Lisi, where police activity and arrests occurred and more.

The blue pins on the map mark important events from the early stages of the Rob Ford saga, as noted in police documents.

The red pins on the map mark events alleged by newly released court documents on the investigation into Alexandro Lisi and Mayor Rob Ford.

The allegations have not been proven in court.

View Tracking Mayor Ford in the City in a larger map