Toy drives some boom others plummet 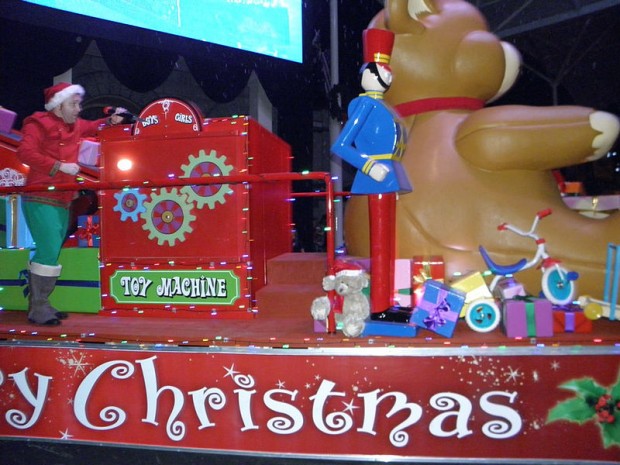 The Toronto Police Auxiliary Toy drive, which has been held for 19 years, is not having a Merry Christmas so far.

The drive might have to be cancelled because donations are low after three weeks in operation.

The police usually help out approximately 3000 kids, but have received only around 150 toys, said Toronto Police Constable Mark Grey.

“Unfortunately we have orders that far exceed the toys that we do have,” he told Humber News.  “We have one order filled.”

On the other hand, Barrie’s CTV Mountain Toy Drive in Simcoe County is doing extremely well and started taking donations only four days ago.

“We’ve only launched this week, so it’s doing very well and we anticipate that it will do well through the next three weeks,” said Ruth Anderson, news director at Barrie’s CTV.

“I would have to say that so far this year the kick off to it has been very, very good,” she said.

Grey said he’s not sure why the drive is doing so poorly in Toronto, and may be “because of the economic times or lack of awareness.”

Even though Toronto Police are bringing awareness by placing big banners in front of each division and have been handing out flyers and pamphlets in malls, the drive’s donations remain lower than ever, he told Humber News.

As for Barrie doing so well, Anderson said people have come to know it very well over the course of time, and said people like that it’s a local community television station.

“They trust us to get it to a good charity, to a good place and that’s the Children’s Aid Society,” she told Humber News.

Barrie’s CTV also does stories on the families and kids who get the toys.

“It’s very, very visual because every single night on the news we show them and tell them what we’re doing,” said Anderson. “It’s local so people know these are families in their own communities in Simcoe County who are going to have a better Christmas because they contribute.”

CTV also gets donations from 30 Canadian toy companies. Over the years they have built a good working line of communication with the toy companies and they show off the toys on their six o’clock newscast, said Anderson.

We win because we get these toys from toy companies and they win because they get a little on-air show off of whatever fun toys are new this year and the charity wins because when we’re done showing off the toys, off they go to foster kids and foster families,” she told Humber News.

Perhaps the Toronto Police toy drive will pick up after Black Friday because items will be on sale.

The final decision to cancel the toy drive has not been made yet, but Grey said those in charge will meet Monday to assess and address the situation and see where to go from there.