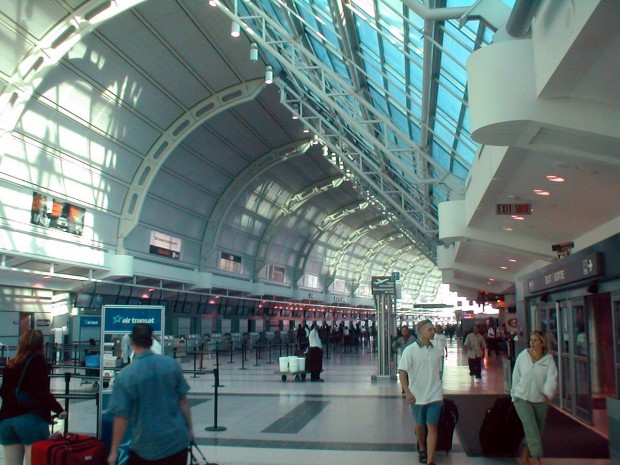 A Toronto woman has been told by a U.S. border officer that she does not have clearance to enter the United States because a medical problem in the past involving depression.

Ellen Richardson was at Pearson International Airport on Thursday, getting ready to fly to New York City and then heading on to a 10-day Caribbean cruise.

Richardson was told by a U.S. border agent that she needed medical clearance to enter the U.S. because of her past illness with depression.

It’s not clear how officials would have known about her medical history. CBC reported that Richardson’s stay in hospital was preceded by a 911 call, placed by her mother, but she says police were never involved, just an ambulance.

U.S. Customs public affairs representative, Michelle Benson-Fuller said on Friday that her country “has been, and continues to be, a welcoming” nation.

“U.S. Customs and Border Protection not only protects U.S. citizens and lawful permanent residents in the country, but also wants to ensure the safety of our international travellers,” Benson-Fuller told Humber News.

“While we are not at liberty to discuss an individual’s processing due to the Privacy Act, our CBP officers are charged with enforcing not only immigration and customs laws, but they also enforce over 400 laws for 40 other agencies and have stopped thousands of violators of U.S. law.”

Under U.S immigration law, Benson-Fuller said potential travellers must be eligible to enter the country.

“In order to demonstrate that they are admissible, the applicant must overcome ALL grounds of inadmissibility,” she said.

While it is unknown how Richardson’s medical information was accessed, Benson-Fuller said the U.S. immigration act “lists more than 60 grounds of inadmissibility” into the country.

Richardson is required to be assessed in Toronto by one of three U.S. Homeland Security approved doctors. Once she is cleared by a doctor, she is free to travel to the U.S. Humber News has learned that the cost of such an assessment can be up to $500.

CBCNews said she has hired a lawyer and has also turned to her member of Parliament, Mike Sullivan, for answers.