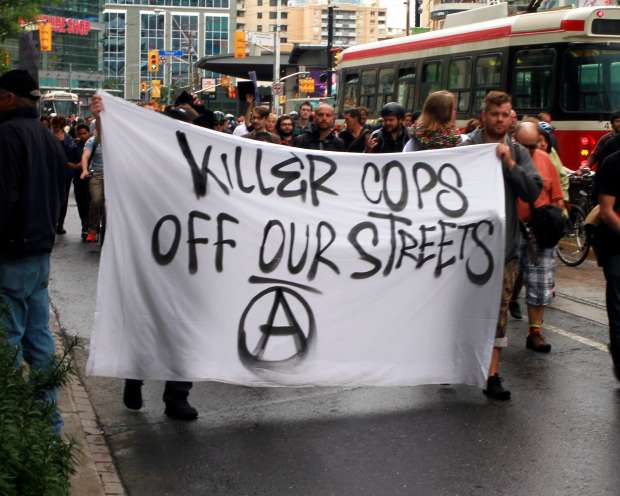 Toronto Police Chief Bill Blair will hope to move his proposal for adding 184 Tasers to the force forward at a police board meeting Thursday.

Thursday will not bring the final say on the fate of more Tasers for Toronto Police however. The board will be voting to receive Blair’s report for further debate on the issue. Final voting for Blair’s request will only come if the board chooses to move forward.

Toronto Police are currently equipped with 571 Tasers. Until now, only supervisors and tactical squad officers were allowed to carry the weapon.

The total cost of new equipment would be $320,000 with an additional $66,000 for training and cartridges. Blair said money would come from the 2013 budget, but he has not made clear exactly what part of the budget.

There are certainly many stigmas and risks involved with Tasers that Board chair Alok Mukherjee believes Blair “needs a plan to mitigate.”

The death of Sammy Yatim, an 18-year-old who was shot 8 times and Tasered following an incident on a Toronto streetcar in July is one situation Blair can look to learn from.

Steve Tuttle, VP of communications for Tasers International Inc. told Humber News most people have a misunderstanding of Tasers.

“One of the biggest challenges is dealing with the misconceptions of how the technology works. There are just so many questions and myths out there,” said Tuttle.

“For example, I was listening to an interview today where they were saying [Tasers] are an incredible power that is not like an electric fence for horses when actually it has less power then an electric fence. Undoing the myth is very difficult.”

Putting Tasers in the hands of law enforcement causes fewer injuries to both suspect and officer Tuttle said.

Mukherjee told Humber News they are still a few months away from their final say on the matter.

“There is an inquest going on involving three shooting deaths by officers. It’s very likely that Tasers will be an area that will be examined at that inquest,” said Mukherjee.

“So the board needs to wait for the inquest to be completed as well as the ministry to administer regulations before the board can actually consider what qualification it is going to take [on Tasers]. “