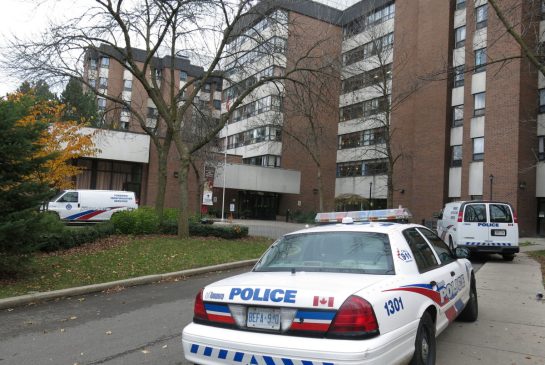 An attack resulting in the death of a resident at the Toronto long-term care facility, Castleview Wychwood Towers, has nursing homes calling for a national strategy to deal with dementia patients.

A new study commissioned by the Alzheimer Society of Canada said “the number of Canadians living with cognitive impairment, including dementia, now stands at 747,000 and will double to 1.4 million by 2031.”

Mary-Anne Bulatao, a nurse manager at Post Inn Village, a long-term care home in Oakville told Humber News, something must be done about the monitoring system in Canadian nursing homes because patients with dementia aren’t getting the amount of attention they deserve.

“Canada desperately needs to invest in getting constant observers or PSW’s (Personal Support Workers) in these homes. As nurses we take on way too many responsibilities and truthfully it’s impossible to be in two places at once.”

“There are not enough nurses to monitor all of these patients. As I was resuscitating someone one of my patients was wandering the halls. There have even been cases where nurses resort to physically restraining them with straps.”

Toronto Police officer, Victor Romita, told Humber News that due to financial budgeting, its difficult to say what remedies could be put in place in situations like these.

“At this time, there has been some talk of having a security guard present during the night shift which may or may not be beneficial,” Romita said.

A recent investigation by CTV’s W5, “Deadly Care” uncovered 10,000 cases of resident on resident abuse in one year alone, and at least 60 murders in Canadian nursing homes within the past 12 years.