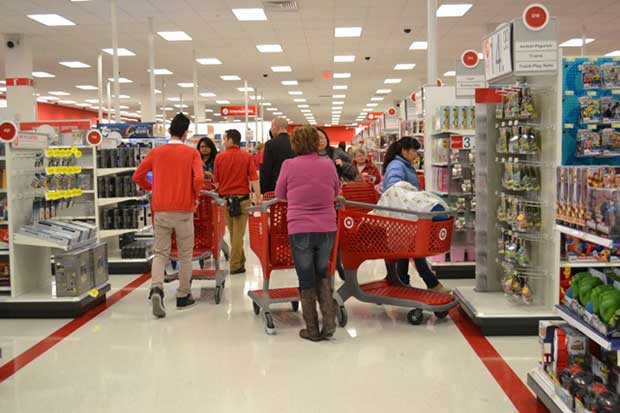 Target’s earnings dropped in the third quarter and the company is blaming their expansion into Canada for the drop in revenue.

Pricing is one of the issues that keeps the store from reaching the Canadian market, said Steve Bang, a business professor at Humber.

“Target came in and their pricing wasn’t very good at the beginning and didn’t really compete with the Walmart pricing,” Bang said.

Target’s earnings are down, despite their hyped entrance in to the Canadian market this spring.

Target has different virtues than stores like Walmart and it’s going to take time for shoppers to appreciate them, said Michael Mulvey, an assistant professor of marketing at the Tefler School of Management at the University of Ottawa.

“I think there could be an issue of expectations not being met by certain consumers and so they go to Target and they think that they’re going to get the best deal in the world and well it’s maybe not as low as they’ve seen it elsewhere,” he said.

Shoppers who have gone on cross border shopping trips to Target might expect the bargains that they find in the American stores, he said.

They might also be disappointed that the stores don’t look exactly like their American counter parts, Mulvey said.

Target has done a great job of refurbishing the old Zellers stores, but they’re still not the same as the custom built stores.

Canadians also have set shopping habits that dictate what stores they go to and it takes time for people to break out of these habits, Mulvey said.

In order to start attracting shoppers and raise revenue, Target will have to drop prices, said Bang.

“It’ll be interesting to see where the people in between end up,” said Mulvey.