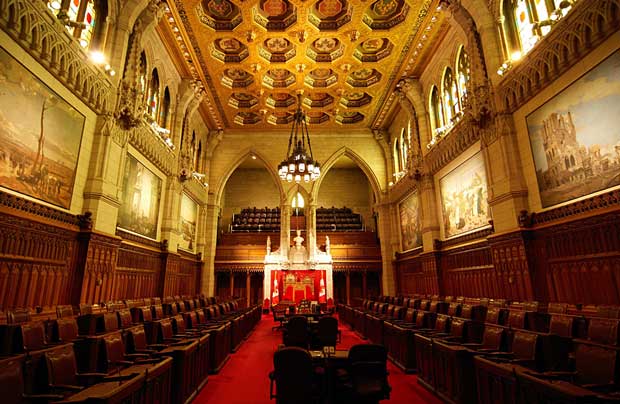 Hearings began today in Canada’s Supreme Court that will determine if the federal government can reform or abolish the Canadian Senate.

Prime Minister Stephen Harper’s government is asking the court whether it can proceed unilaterally to impose term limits on senators and create a process for electing them.

The government is also asking the court to determine whether outright abolition of the upper chamber could be accomplished with the approval of just seven provinces, representing 50 per cent of the population.

The Conservative government will hope to reform the Senate by setting term limits of nine years, instituting non-binding senatorial elections and ending the requirement for senators to own property worth at least $4,000.

Although hearings are expected to conclude this Thursday, Nelson Wiseman, associate professor of political science at the University of Toronto told Humber News something of this magnitude would take some time to decide.

“I think the Supreme Court will come down with a decision by summer.  As for term limits there’s a chance [the federal government] could win that, but probably won’t based on Quebec’s terms of appeal,” he said.

“When it comes to an absolute abolition of the Senate, don’t count on it… Most provinces believe provincial unanimity is required for that to happen.”

“If the reforms are simply term limits then it doesn’t change the function or role of the Senate other than the cycle of senates or senators,” she said.

“If the reform is abolishing the Senate we’re going to have to rethink our legislative process. So this idea of a bill passing the House of Commons first and then the Senate will have to be rethought. Regional representation will also be altered.”

Verrelli said that if the reforms bring elections, she doesn’t know if actual powers will change.

“It will make the Senate much more political than it is today because they would be up for elections. It all depends; in abolishing the Senate we’d have to rethink the way we do governmental business in Canada.”

Pierre Poilievre, Conservative minister of state for democratic reform addressed reporters in the House of Commons Tuesday and said the Senate must change with guidance from the Supreme Court.

“The status quo is not acceptable… We look forward to receiving the court’s advice in due course, so we can finally move past opposition obstruction and enact real reform.”

“I don’t see the court ruling the federal government can go alone in making these changes any time soon. “