Santa Claus parade tells Ford he is not welcome 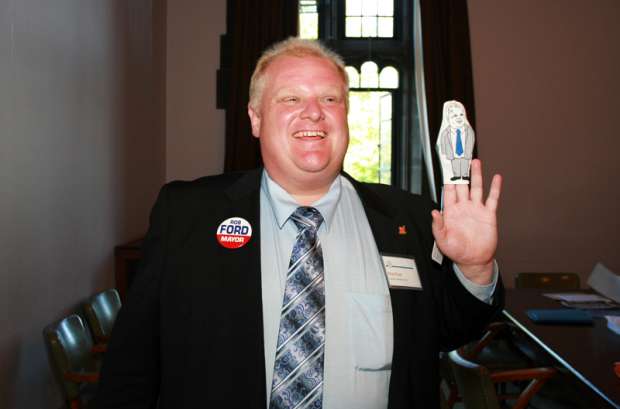 Ford has been has been the centre of controversy recently, but now organizers of the Toronto Santa Claus parade have asked him not to march in the event.

Ron Barbaro, co-chairman of the parade for the past 30 years, wrote a letter to the Mayor’s Chief of Staff, advising the Mayor to reconsider his attendance.

“I think we’ve made it very clear on our opinions on Rob Ford marching in the parade,” Barbaro told Humber News.

“It is our suggestion that he defers this year. We are worried that with all the scrums following Rob Ford around, someone will do something stupid that could harm children attending the event.”

In both years Ford has been mayor he has attended the parade. This has been the first year he has been strongly advised not to march.

“He has always walked in the parade in years past, which we thought was great, but this year we expressed we would like him to refrain from coming,” said Barbaro.

Although Barbaro and organizers of the Santa Claus parade wish for him not to attend, ultimately, they cannot prevent him from coming.

“We can’t stop him from coming, so we’ll just have to wait and see,” said Barbaro.

Humber students weighed in on whether or not Rob Ford should be allowed to march in the parade.