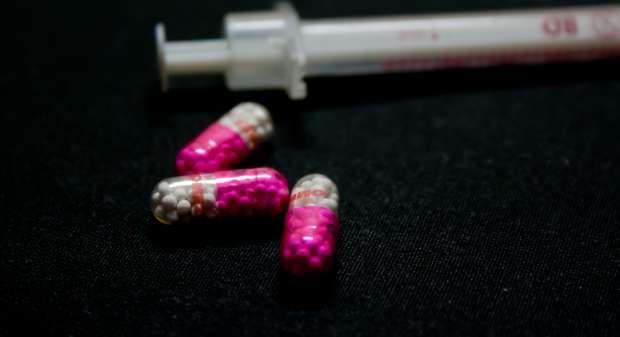 Monday Nov. 18 kicked off National Addiction Awareness Week (NAAW), with the 2013 focus being “youth drug prevention.” The initiative is supported by the Canadian Centre on Substance Abuse, as well as by other health and addiction services throughout the country.

Larry Grupp, associate professor at the school of pharmacology and toxicology at the University of Toronto, told Humber News drug usage is particularly dangerous to young people.

According to a 2011 survey done by Health Canada, cannabis use by people ages 15-24 is nearly three times higher than for adults over the age of 25 (21.6 per cent vs. 6.7 per cent). However, for drugs such as speed, cocaine or crack, hallucinogens, heroin and ecstasy the usage among youth is 4.8 per cent, which is down from 11.3 per cent in 2004.

While there is no known cause of addiction, there are various factors that can cause a person to develop one.

“If you have parents who are alcoholics, chances are the children will have a greater chance of being addicted, but it doesn’t mean they will,” Grupp told Humber News.

Dennis Long is the executive director of Breakaway Addictions Services. He has experience working with people dealing with substance issues and said that sometimes preventions isn’t always the best strategy to curb substance consumption in youth.

“It’s not about trying to prevent people from using… what we have to do is enter in a dialogue with the community as a whole, but in particular with young people about and the pros and cons of drug use, what are the dangers in using, what constitutes safer use and what issues people need to consider before deciding to use,” Long told Humber News.

Long said telling young people to not do drugs doesn’t have any impact if they aren’t given information about various substances and aren’t able to voice their own opinion.

“The best way to approach this issue is on the basis of informed choice.”