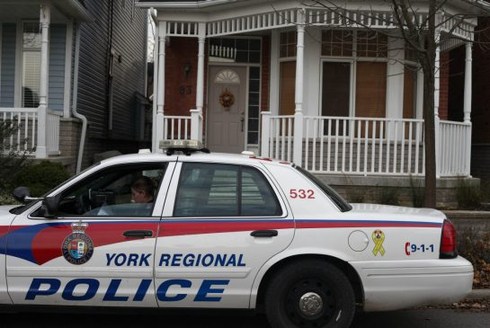 The home in Markham where a nine-month-old baby girl died last week while being cared for at an unlicensed daycare.
SOURCE: CTV

Another young child is dead after being cared for at an unlicensed daycare facility in Markham.

A nine-month-old baby girl was pronounced dead last Wednesday at a home daycare in Markham, Ont. The child was not breathing when paramedics arrived on the scene. News of the child’s death was released late Friday afternoon.

Coroners and police are still trying to determine the cause of death. No charges have been laid yet.

This incident isn’t the first time a child has died at an unlicensed home daycare in Ontario.

If an unlicensed daycare facility doesn’t exceed the limit of five children under the age of 10, a person can freely provide childcare out of their home in Ontario.

Jessica Sertic, a registered early childhood educator at a YMCA location in the Greater Toronto Area told Humber News she isn’t against home-run childcare operations, but thinks the daycare needs to be properly registered.

“I feel that they should be licensed, because the person running the daycare will have a better idea of how many kids they can watch, and if their home is a safe environment for any child,” said Sertic.

Sertic said people who open their homes to care for children should be well invested in the service they are providing.

“My perspective on people who run at-home daycares is that the person who is running them should have a passion to work with children, and not do it out of just making money,” said Sertic.

Sertic also said caregivers should pay close attention the needs of the children being cared for.

“I also feel that the child’s development should be taken into consideration (physical, emotional, social and cognitive). The best way (to) allowing a child to achieve their milestones is through play-based curriculum,” said Sertic. “All children are unique, and this curriculum allows children to learn through their interests, through scaffolding from their teachers.”

Const. Andy Pattenden of York Regional Police told Humber News, parents looking into daycare for kids should be well-informed when placing their child into the care of someone running a business out of their home.

“Our advice to parents, or anyone looking to put their child in daycare is to do as much research as possible,” said Pattenden.

Homicide detectives are continuing to look into the infant’s case. In Ontario, an unexplained death in a child under five years of age is routinely investigated by homicide.