Networking a difficult part of business for many individuals 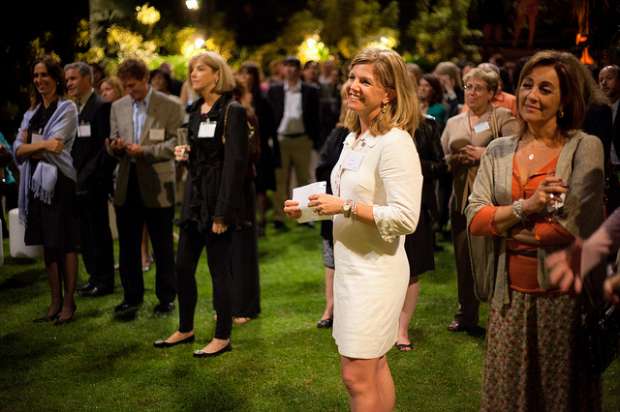 A BBC News article suggested that women have a harder time networking than men. Creative Commons

A recent article by BBC News suggests that business networking is not easy for women, despite the conventional knowledge that women are better at maintaining personal relationships.

Norma Ouellette is the program coordinator at Humber College in the Fashion Management program. She said that she doesn’t see people’s issues with networking along the gender divide.  She sees it as a personality problem.

“Some people are just good at it, and some people just don’t know how to do it,” said Ouellette. “Either they don’t want to do it, or they just don’t have the right personality for it.”

Ouellette said that people are generally not comfortable asking for favours, but when she decided to change her career she took a different perspective. After more than twenty years at the Hudson Bay Company’s head office as the merchandise planning manager in women’s wear, she decided to move into teaching. To help herself make the career change, she used a few networking techniques.

“I had to do a real sell-job.” said Ouellette.

“I found that was something where I really had to sit down and say ‘I’m not asking for their help. I’m offering them a product; I’m marketing a product, and that product happens to be me. Stepping away from it being an emotional experience to being a very clear-cut business experience really helped me with the networking. If I thought of myself as a product, it made it easier to think about my strengths and weakness and what I could offer them.”

Ouellette also recommends being prepared. At one of the business school’s networking events, a student brought some unique business cards that caught the eyes of the industry contacts, making her the talk of the event. Another part of being prepared is doing your homework and tailoring yourself to the position or the company as opposed to a “one-size fits all” resume, said Ouellette.

John Kiru, the executive director of Toronto Association of Business Improvement Areas, said that networking is the key to success. Kiru sees a different demographic having trouble with networking– particularly when it comes to modern platforms like social media.

“When you are talking ‘mom and pop’ type businesses, about 23 per cent don’t have computers in their stores,” Kiru said. “It makes it challenging to move into that platform.”

Kiru said he’d like to see more education available for small business to help them adapt to the new way of networking. With young consumers being social media savvy, it’s important for businesses to learn to adapt as they cannot compete with larger corporations, said Kiru.