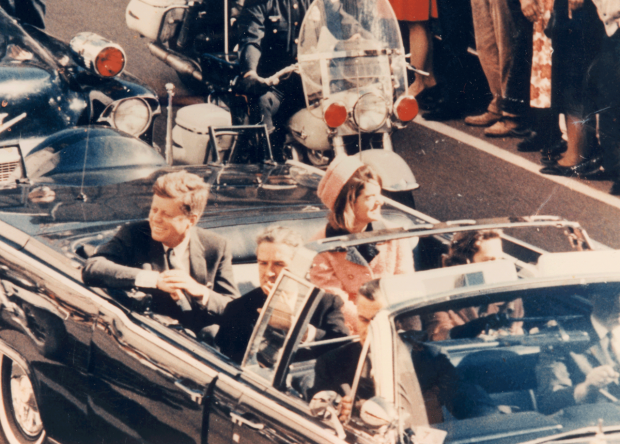 Fifty years after the assassination of JFK, many people are still fascinated with the man and his death.

Art Blake, a professor of history at Ryerson University, said a large part of the fascination with Kennedy is that he was unlike other presidents before him.

“In some ways he was a more glamorous president,” said Blake. “He was a man of the twentieth century. He was young; he was handsome. And unlike other presidents, and most politicians up to that point, he dealt very well with the media.”

Kennedy and the media

The changing media played a large role in the public’s fascination with JFK long before he was shot, said Blake. Popular magazines such as Look frequently published pictures of the president and his family. When Kennedy was shot, the media was better equipped to cover the event, he said.

“It happened in a time when the capacity to cover major live events on television, radio, to inform the American people immediately of breaking news was much more possible than it had been before,” said Blake.

A major factor was television and the trustworthy presence of a newscaster like Walter Cronkite, he said. What made the difference was “the fact that he was the one from whom a lot of American people heard the news — and the fact that Cronkite himself was clearly shattered at the moment of hearing the news and having to report it live,” he said.

“That image of Cronkite and the footage that gets repeated of Kennedy and Jackie in the motorcade in Dallas, and seeing the president flip back in his seat and Jackie crawl to where his head is. From that vantage point, you can’t necessarily see what happened, but you can see it’s something bad.”

With remembrance ceremonies taking place in Dallas, Texas and Washington D.C., the enthrallment with Kennedy and his death has not waned for many.

Patty Rhule is a curator with the Newseum in Washington D.C. and worked on a three-part JFK exhibit: Three Shots Were Fired is about the news coverage, Creating Camelot shows pictures of the Kennedy family’s personal life and One Thousand Days focuses on his presidency.

The exhibit, which opened in April, has been well-received, Rhule told Humber News.

“The response has been very powerful,” said Rhule. “People young and old seem to be transfixed by the media coverage of that day.”

The exhibit has many previously-unreleased artifacts from the U.S. National Archives connected with the shooting. They include artifacts such as shooter Lee Harvey Oswald’s wallet contents and the the 8 mm movie camera used by Abraham Zapruder, the only eyewitness to capture the entire assassination on film.

Rhule said it was both chilling and humanizing to see the objects that played such a huge role in the event.

It also brought back her own memories of that day, she said.

“I was in first grade and I remember very distinctly my mother getting a phone call from a neighbour who told her the news,” Rhule told Humber News. “I remember seeing my mother, who was a pretty stoic lady, cry a little bit.”

As part of the exhibit, visitors are encouraged to write down where they were when they heard that Kennedy had been assassinated.

Since not all visitors were alive when he was killed, younger visitors are writing down their own ‘Where were you?’ moment — something Rhule said she finds intriguing.

“Young people are saying for some of them it was Sandy Hook; for some it was 9/11,” Rhule said. “It’s just really interesting to see what moments in time different generations perceive as the moment in time when life as they knew it was no longer the same.”