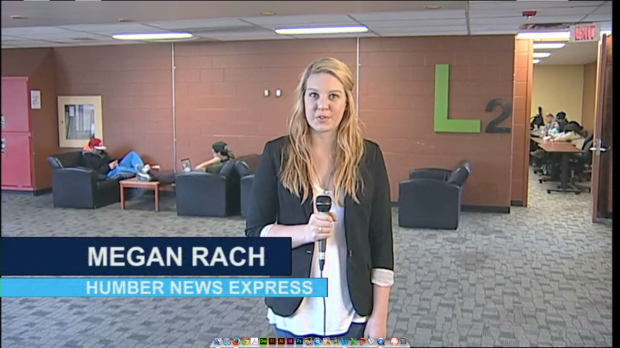 He’s charged with extortion in his efforts to obtain the now famous crack video.

Ford remains adamant he will not be stepping down.

This is despite police possession of the now infamous video.

We want to know, what do you think should happen with Ford? Tell Humber News on Twitter, @humberonline

She’s meeting with provincial and territorial ministers here in Toronto.

Wynne says Ontario may set up its own plan.

Diwali kicks off tomorrow at the Gerrard India Bazar and across the G.T.A.

Humber News will be broadcasting live from the event tomorrow and everything Diwali will be live on humbernews.ca

From Halloween to the holidays – it’s already that time of year.

Nearly three-quarters of Canadians say they plan to get started on their holiday shopping early.

A new survey found shoppers are expecting to increase their spending.

While the most popular gift items include gadgets, toys, and clothing, the best prices are found early.

Gentlemen, put your razors down.

Movember begins today, and the annual tradition is seeking to raise funds and awareness for prostate cancer research.

Men worldwide are encouraged to start the month clean-shaven, and not touch a razor again until December first.

Donations can be made at ca.movember.com.