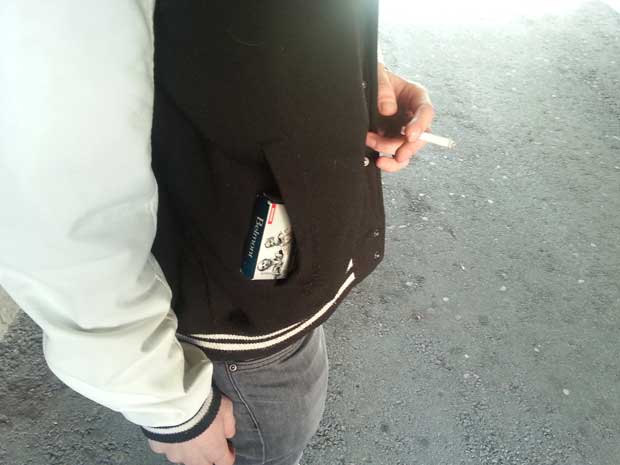 The summer in the city usually means patios, beers, and social smoking. But that’s about to change.

The Ontario Liberal government has announced plans to ban tobacco use on restaurant and bar patios as well as other venues, including playgrounds and at sporting events.

Sarah McMillen, a spokesperson from the public affairs department at the Canadian Cancer Society, says they are very happy with the decision. She says it’s one of the strongest pieces of tobacco legislation since the 2006 Smoke-free Ontario Act.

“We know that flavoured tobacco is an increasingly popular product with youth, we know that doing things like creating smoke-free outdoor spaces not only protect people from exposure to second hand smoke,” McMillen told Humber News. “But also (this ban) importantly reduces the amount of youth seeing adults smoking behaviour as a normal behaviour.”

McMillen says, “Making sure that adults can’t smoke on playgrounds and sports fields for youth just makes sense – it’s healthy and it makes sure they have a clean environment.”

The Ontario Lung Association echoes similar sentiments and says it’s a benefit for not just youth but for all Ontarians.

“The Ontario Lung Association certainly welcomes tighter regulations on smoking in Ontario,” says Andrea Stevens Lavigne, the Vice President of Provincial Programs at the association. “We feel that not only will these regulations prevent youth from starting to smoke but they will also help adults as well, and in particular, to support people while they are trying to quit smoking.”

“Tobacco is a very serious addiction and we don’t want to marginalize people, yet at the same time, we also want to make sure our outside environments are free from smoke and that we don’t normalize smoking in the population,” says Lavigne. “For people who are suffering from lung disease, second hand smoke can be a trigger and can induce exacerbation and trouble breathing for people with lung disease.”

Bhushan Kumar, 20, a business student at Humber College, is a former smoker. He says when he’s with his friends who smoke at a patio, he becomes tempted and influenced so he’s relieved with the proposed legislation.

“I think it’s a good decision because I’ve stopped smoking – I don’t want to breathe
it in now,” says Kumar. “At the patio, when you’re drinking outside, at a bar or something, you’d rather just stay there and drink and not have to smell the smoke.”

Not all people agree with the decision however.

“When you’re on the patio, you want to have a cigarette, enjoy the summer days,” says Humber College student Daniel Persaud, 20. “Why take away the recreation and fun in all that? Do you really want us to go smoke in the front where people are entering, coming in and out of the restaurant, having to blow smoke into kids’ faces?”