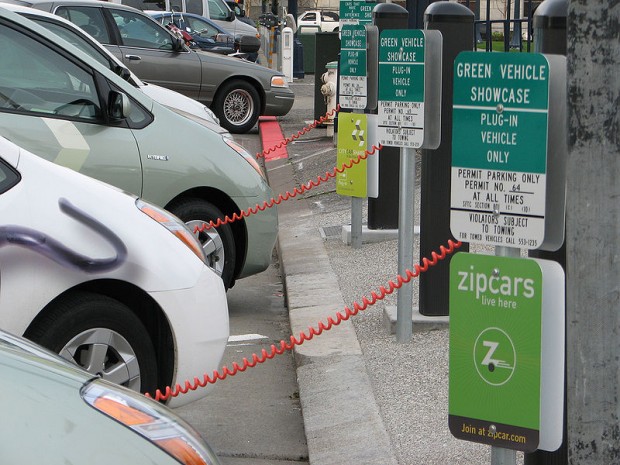 GO Transit has introduced electric car chargers at five of its stations in the GTA.

Under a new three-year project unveiled this week, there are now electric chargers in Oakville, Markham, Whitchurch-Stouffville, Aurora and Whitby.

Mark Ostler, Media Relations at Metrolinx, said the project will provide the company a chance to demonstrate the viability of electric vehicles.

He also said the chargers will add to other services offered to customers by Metrolinx and GO transit.

Metrolinx says on its website that it coordinates and integrates “all modes of transportation in the Greater Toronto and Hamilton Area.”

“It’s part of our options of different ways to access the station. We do provide bike parking, we have carpool to go programs, and allowing those with electric vehicles to charge at our station is part of that,” Ostler said.

“There is already a good network of charging stations in the GTHA and we are adding to it.”

Josh Tzventarny, Director of Operations at the non-profit organization Plug ‘n Drive, said his group supports the charges and hopes that the plan will succeed.

“We are very supportive of their work,” Tzventarny said.

“Hopefully it will be very successful and they will have to install more chargers,” he said.

Tzventarny also said the use of electric cars could increase because of word of mouth from GO transit riders using and seeing the chargers.

“People on the GO train tend to be creatures of habit so they go to the same stations everyday, they ride on the same train, they see the same people, so I think, yeah you can very easily see that there is a conversation getting going between people about electric cars,” Tzventarny said.

CAA and Plug ‘n Drive have teamed up to create a smartphone app and online resource that maps where users can find charging stations.

“We have been mapping all the chargers across Canada with the help of CAA and we have developed that into a website and a phone app for drivers and potential drivers. Every charger, including the ones at the GO stations is on this map. We are continuously evolving that,” Tzventarny said.