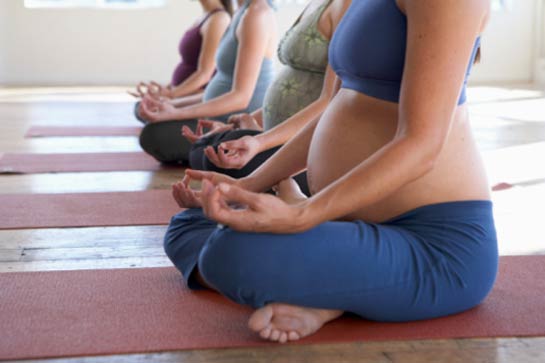 More expectant mothers will be hitting the treadmills if they want their babies to acquire improved brain development, according to a new study by the University of Montreal.

Researchers at the university said mothers who exercise during pregnancy increase the optimization of brain development in their newborns. Moderate exercise, such as 20 minutes a day for three days a week, showed significant results among newborns, according to Elise Labonte-LeMoyne, the lead author of the study.

As stated in an article with the Toronto Star, 18 infants were the subject of electroencephalography (EEG) 10 days postpartum. The electrodes in newborn caps given to the babies picked up brain waves when sound response tests were performed. 10 mothers were selected to stay active during their pregnancies, while the rest did not.

Trishelle Dotson, a former Humber student is an expectant mother. Dotson told Humber News she walks regularly and thinks it’s important for pregnant women to be active throughout their pregnancies.

“I walk everyday, twice a day for thirty minutes,” said Dotson. “Once in the morning, and again at night after dinner.”

Dotson is due towards the end of February. She said her walking has made her baby more used to her movement. Her baby is usually very active, but is calmer when she goes for walks.

“I notice my little girl is still when I move,” said Dotson. “That’s the only time she isn’t kicking.”

Alyssa DesRoches, a nursing student at Humber College, told Humber News exercise can be beneficial for everyone, not just pregnant mothers.

“Exercise is so healthy for everyone, as it promotes circulation, therefore oxygen to every part of the body to keep it working,” said DesRoches.

DesRoches also said exercising enables more oxygen to be sent to the fetus, which allows the baby to receive more blood flow to the brain.

Liz Silva, a mother of two, partially agrees with the study. Silva told Humber News she was active when she was pregnant with her first child.

“By the age of one and a half, she was saying small sentences,” said Silva.

Although her child showed advanced developmental skills, Silva said there are other factors that could have contributed, such as “Mommy and Me” pre and post natal fitness classes.