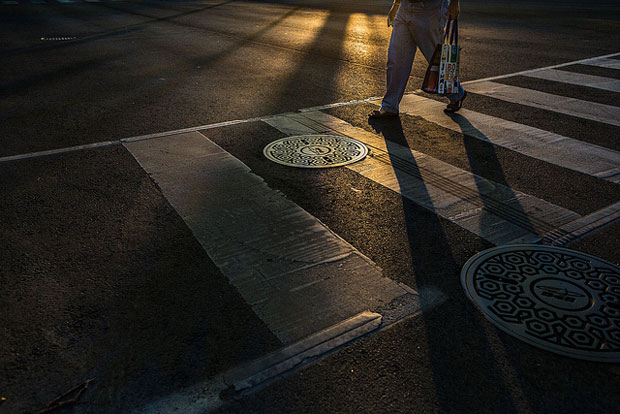 Police are advising pedestrians and drivers to exercise caution as they adjust to the end of daylight savings time.

A week-long “STEP UP and Be Safe” campaign was launched by Toronto Police on Monday after clocks were set back an hour Sunday morning.

A study by the Insurance Bureau of British Columbia has found that in the two weeks following the end of daylight savings time there is a 16 per cent increase in the average number of vehicular collisions in the late afternoon commute.

The Toronto Police awareness campaign also aims to educate the public of increased risk to pedestrians.

“The data extracted for this analysis were crashes that occurred within two weeks before and two weeks after each daylight savings date for years 2006-2010.”

Olsen said the researchers came to a conclusion after they analyzed and conducted statistical testing.

Another ICBC survey found that 30 per cent of drivers overcompensated for the extra hour gained by staying up later than they normally would have, losing any benefit the extra rest would offer.

Toronto Police Constable Ryan Willmer of Division 23 told Humber News the “STEP UP and Be Safe” campaign aims to increase the awareness people have of their surroundings during the month of November.

“Our traffic officers and our community response officers are detailed to the intersections or areas where the majority of accidents happen, or pedestrians are struck. We will be out there enforcing all the traffic laws and making sure the drivers are abiding by the laws and as well as the pedestrians.”

Toronto Hydro has partnered with the City of Toronto to offer pedestrians and drivers tips to help make them accustomed to the change of seasons.

Tanya Bruckmueller, public affairs adviser for Toronto Hydro, told Humber News they want to keep everyone vigilant as we all adapt to the time change.