Carbon monoxide alarms will soon be mandatory in Ont. homes 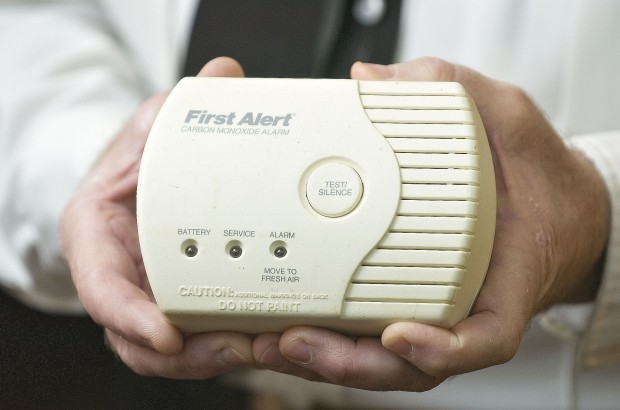 If you don’t have a carbon monoxide detector in your home and you live in Ontario, you will soon have to install one.

Ontario lawmakers have now approved a bill that will require all homes in the province to have a carbon monoxide detector.

The private member’s bill — known as the Hawkins Gignac Act — was first introduced by Progressive Conservative MPP Ernie Hardeman five years ago. It was passed unanimously at Queen’s Park by MPPs on Wednesday.

The act was named after a family of four that died from carbon monoxide poisoning in 2008 at their Woodstock, Ont., home.

The bill applies to all homes with gas appliances – such as stoves or fireplaces – and houses with attached garages, the Globe and Mail reported.

Experts say it’s hard to know how effective the bill will be in getting detectors installed in Ontario homes.

”Derrington added that “having one properly located in the home, up and around the sleeping area, is essential for life safety.”

Catherine Gandreau, communications and media program coordinator at the Canada Safety Council in Ottawa, said although the bill took a while to pass it’s a great step to improving public safety.

“Policies and lawmaking takes a long time to catch up with some of the realities that we see with a number of safety issues including this one,” she said.

Gandreau told Humber New it’s hard to know how effective the bill will be in getting detectors installed in Ontario homes.

“It’s going to take a while for this to be implemented for people to actually go out and get them installed,” she said.

Thousands of calls in Toronto

“We run between 3,500-4,000 calls annually in the city of Toronto,” he said. “A lot of them may be false alarms, but without those carbon monoxide alarms we wouldn’t know there’s a problem.”

According to the Canada Safety Council, carbon monoxide is the leading cause of fatal poisonings in North America.