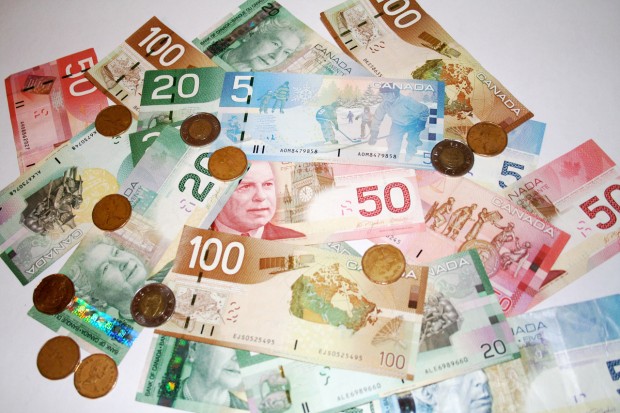 By Nicole Campea and Jessica Paiva

The overall consumer debt in Canada grew to $1.36 trillion in the third quarter of 2013, up from $1.3 trillion, according to a study released Monday by Toronto-based Equifax Canada.

While rising debt is a concern, according to financial experts, consumers continue to make their monthly payments. The overall delinquency rate, non-mortgage loans that were past due by 90 or more days, dropped 1.13 per cent in Q3 2013, a new record low, Equifax Canada said in the study.

Debt balances grew fastest for automobiles at over 7.9 per cent, while credit card balances showed the slowest growth at 2.6 per cent, according to the analysis.

Mark Lourenco, financial planner at TD Waterhouse, told Humber News that he concurs with the study.

“I would agree that while rates remain near record lows we can expect Canadians to keep defaults relatively low as well,” he said.

“This all changes once rates increase and the borrower is faced with higher payments. Products like credit cards, lines of credit and variable mortgages will feel the impact immediately, while the fixed rate products a few years later when the borrower renews the term at the higher rates.”

Jerry Silva, associate investment advisor at National Bank Financial told Humber News that other forms of debt have also been an issue.

“Canadian household debt levels have risen drastically in recent years, but it appears that initiatives taken by the finance minister and the federal government have been successful in slowing the pace at which Canadian household debt has grown during the last three quarters,” Silva said. “The government has toughened mortgage lending rules to ensure Canadians are not over-extending themselves.”

“While this sector is very active, there is a need to continue monitoring its performance given possible changes to the current financial environment, including auto incentives and rate increases,” she said.

Those from Quebec had the lowest delinquency rates, while those in the Eastern provinces had the highest.

Payment performance was strongest in Calgary and Edmonton with just under 1 per cent of non-mortgage loans delinquent by 90 days or more. Toronto registered the worst performance among major cities with a delinquency rate of 1.5 per cent.

Humber College financial aid officer, Terry Bedford, told Humber News that students especially have to watch where they are spending.

“Students get 60 per cent of funding in September and 40 per cent in January from Ontario Student Assistance Program, so especially before the New Year, students have to watch their spending habits because they won’t get as much in January,” she said. “You can’t turn around and go out every weekend, students need to coordinate their priorities.”

Humber College students weigh in on their personal debt.

“Plan ahead. Prepare a budget with current and future expenses. This tool and many others can be found on banks’ websites. Income is the section of the budget with less flexibility so focus on what you really need versus what you want on the expense side,” Lourenco said.

The study also noted that like the previous quarter, seniors continued to accumulate debt at the highest rate, yet still carried the least amount of debt of any age group. The release said debt levels for those aged 65 years and older were 6.4 per cent higher than in the same period a year ago.

“Debt is increasing in all age groups, but the recent increase in retirees accumulated debt is the most concerning.  I think the low interest rate environment has resulted in seniors accumulating less interest returns from their savings and they have felt the need to supplement the lower cash yield by borrowing funds to fund their retirement lifestyles,” said Silva.