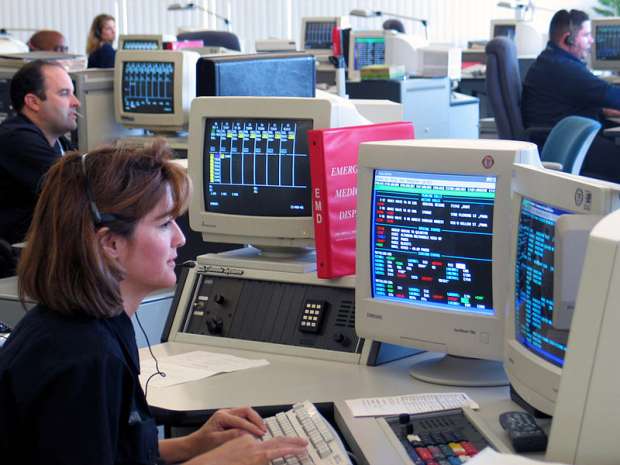 A new report by the Canadian Radio-television and Telecommunications Commission, (CRTC), said faults in the 911 system that could ultimately put lives at risk now that consumers use different ways to communicate such as smartphones and social media.

Denis Carmel, spokesperson for the CRTC told Humber News the report was the result of an investigation done by  former commissioner, Timothy Denton.

“He had asked investigation officers to look at the 911 issue and he produced that report. We decided to make it public to get comments from them and the stakeholders, from the provincial government, the public safety who provide services with us.” Carmel said. “We don’t endorse it, we want to know what people feel about it.”

Gordon Gilmour, Program Coordinator for Emergency Telecommunications at Humber College said that in his years of working in the field, wireless communication always had issues.

“Over the years that I was working, we always had issues with wireless communication. Very often you can’t find that person or you don’t know where that person is calling from unless you actually get a hold of them.”

Carmel told Humber News that the CRTC is working directly with cell phone companies to ensure that all new smartphones have triangulation or GPS services on them.

“We’ve done pilot projects with people with hearing disabilities could use text messaging to get in touch with people in emergency situations,” Carmel said. “We’re asking the phone companies to have their systems ready to provide that service in January 2014.”

Gilmour said that regardless of having a GPS service, cell phones and social media are not the way to go.

“You don’t want what happened with Rogers when part of their network shut down to happen when you’re trying to call 911,” Gilmour said. “For emergency services, when it’s in a life-threatening situation, I’m not sold on tweets, texts or emails solely because of the interference that can happen.”

Carmel said services will be determined by meetings with policy partners.

“You cannot have 12,000 different types of communications. We’re trying to determine which means could be the vector by which the situation can be communicated. One of the things were doing with that report is asking the partners what they think and what they can provide in terms of suggestions for solutions,” Carmel said. “We will look at the proposals made and see what we can do within our mandate. Going forward, we want to make sure we’re ready with technology that allows us to better serve the public.”

Gilmour said that turning to different methods of communication will be hard.

“Out of all the things in the emergency services that are going to be very difficult to get rid of is that one on one contact,” Gilmour said. “You need to speak with somebody. You can’t expect to dial 911 and to have it automatically answered and say ‘For heart, push one. For stoke, push two.’ That just wouldn’t work. That would be a huge mistake.”

Sometimes on a stressful situation, people will take things out on the messenger, or in this case, the call taker, and it makes the process longer than it needs to be.

Gilmour said the call taker is there for the benefit of the public. “That person is the first contact of help.You need to take a deep breath, and just listen to the information that they’re trying to get from you,” Gilmour said. “Because that information is absolutely for the best of your health, or whoever you’re calling for.”

Carmel said it’s up to the public to weigh in on the report and give their own personal input.

“What is useful from the public is examples of situations. We do not always understand the realities of the people in the situations they are confronted with,” he said. “Because we’re a little remote from the day to day operations, it would be useful to have either anecdotal or factual information on how it worked. That can be helpful because we sometimes miss the daily aspects.”

Carmel also suggests that people start monitor their outgoing calls, even those calls they didn’t intend on making.

“The public can also start monitoring how they can prevent pocket dialing,” he said. “They are disruptive to the system and waste resources that could be used to save lives.”

“We’re slowly moving to an internet protocol technology that would allow us to improve so much more. Our capacity to provide 911 services but also help with challenges locating the source of the call,” Carmel said. “We’re moving towards that, but we need to map out what we need to do in the future, that’s why we’ve started this process.”