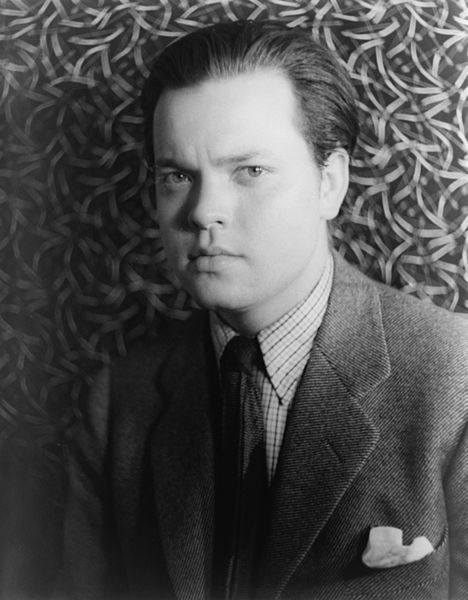 It’s been 75 years since Orson Welles reportedly caused nationwide hysteria with little more than the power of broadcast.

Oct. 30, 1938, Welles and the Mercury Theatre on Air broadcast a dramatized adaptation of H.G. Wells’s 1898 novel, The War of the Worlds.

The broadcast became perhaps one of the most notorious events in American broadcasting history, reportedly convincing upwards of a million people that it was true, according to Oliver Platt, narrator for a PBS documentary commemorating the program.

The broadcast involved simulated news bulletins, suggesting that there was an alien invasion in progress while the program aired. Adding to the realism of the broadcast, there were no commercial breaks.

“We know now that in the early years of the 20th century, this world was being watched closely by intelligences greater than man’s,” a 21-year-old Welles stated, kicking off his eerie and panic-inducing broadcast of The War of the Worlds.

“What made it really come to the attention of the world throughout history ever since was that people missed the beginning,” Cross said.

While there was a more popular radio program on a competing station, more than one million people still tuned in for the drama.

“A piece of music came on, that maybe wasn’t as strong as the producer of that show thought it was going to be. So people, just like what we do with TVs now, turned the dial. And they turned the dial to the competition, which was Mercury Theatre, and heard it in progress. So the point is, they missed the sign on of the show where the announcer says, ‘Mercury Theatre presents…’. I think that’s why it really took off,” said Cross.

Although the extent of listener response is still up for debate 75 years later, the War of the Worlds resulted in reports of widespread outrage and panic by those who thought the broadcast was cruel and deceptive. Perhaps the most offended by the broadcast were other members of the media.

According to Michal Socolow of the University of Maine, newspapers added to the hysteria in an effort to show the irresponsibility of broadcast and radio.

“The newspaper industry sensationalized the panic to prove to advertisers, and regulators, that radio management was irresponsible and not to be trusted,” argued Socolow about the broadcast, published on Slate.

Regardless of the attempt to bring down radio, the reports made by newspapers perhaps strengthened the power of the broadcast, creating the infamous aura surrounding Welles’ dramatization.

Southern California Public Radio has produced a retrospective documentary, with R.H. Green exploring the story behind the War of the Worlds and Welles’ impact on radio. Introduced by George Takei, Green’s documentary, War of the Welles, (audio below) is nearly an hour-long explanation about how the show was made and what made Welles one of the most unique and talented dramatists in radio.

“It has remarkable production values. Orson Welles was a genius of radio production,” said Cross. “He planned and orchestrated how things were going to happen, he was a real innovator that way, and paid great attention to detail and sound.”

Within a month of its broadcast, the War of the Worlds show was reported in about 12,500 newspaper articles. By some opinion, Welles took advantage of the already prevalent anxiety in society due to the time period.

“At this time in the 1930’s, there were increasing numbers of live news broadcasts and bulletins. The Hindenberg disaster, Hitler marching through Europe – people were conditioned to believe what they heard on the radio,” Leonard Malton explains in Green’s documentary.

“It probably just tapped that vein of vulnerability,” Cross said.

While the spread of panic Welles caused in 1938 is debatable, there is no denying that the War of the Worlds remains one of the most infamous pieces of radio broadcasting, proving the impact of radio.

“We annihilated the world before your very ears, and utterly destroyed the CBS. You will be relieved, I hope, to learn that we didn’t mean it, and that both institutions are still open for business,” Welles said as a farewell.

“So goodbye everybody, and remember the terrible lesson you learned tonight. That grinning, glowing, globular invader of your living room is an inhabitant of the pumpkin patch, and if your doorbell rings and nobody’s there, that was no Martian. . .it’s Hallowe’en.”