Toronto Board of Health approves ban on smoking 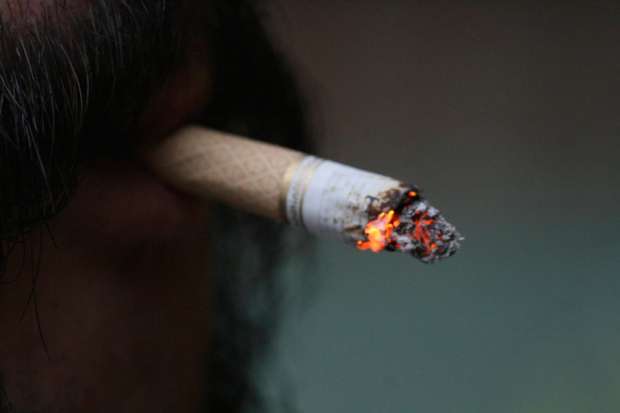 Toronto has one of Canada’s worst rates of exposure to second-hand smoke in public places. SOURCE: Flickr via eschipul

Toronto’s Board of Health has approved increased restrictions on public smoking in a meeting on Monday.  City council will vote on the new restrictions next month.

The changes would prevent smokers from lighting up on bar and restaurants patios, entrances to municipal buildings, shopping malls, offices and most condos and apartments. Hospital grounds and public squares such as Nathan Phillips Square and Yonge and Dundas Square will also be declared non-smoking zones.

The vote will go to city council in November along with a recommendation from the parks committee to ban smoking on sports fields, picnic areas and beaches.

Toronto’s current ban prohibits smoking inside workplaces, restaurants and bars and in vehicles with small children present. The restrictions will make sidewalks the only piece of public ground on which a Toronto smoker can legally smoke.

“There have been several studies done on the effects of non-smoking policies in restaurants and they have found no negative impact on the businesses. In fact, there will be a positive impact. What restaurant owners don’t appreciate are people not coming into their business because they have a smoking patio,” Mihevic said.

Mihevic added that the number of Torontonians that smoke is at 16 percent, compared to a few years ago when it was 20 percent.

“A few years ago when we wanted to eliminate smoking in restaurants, it was a big debate. But people will get used to the new normal. The enforcement will be on a complaint basis. If customers don’t follow the new regulations, other patrons will complain to management, and that’s what we’re expecting to happen this time as well,” Mihevic said.

Toronto’s Medical Officer of Health Dr. David McKeown released a report two weeks ago suggesting the changes. According to the report, the proposed restrictions would protect children and youth from second hand smoke and provide a role model a smoke-free lifestyle.

Daniel Gravina, second year culinary management student at Humber says he goes outside to smoke between every class but isn’t bothered by the proposed restrictions.

“It makes sense. Some people don’t enjoy smoke and thats understandable, it won’t bother me to walk farther from an entrance to have a cigarette,” Gravina said.

Loren Vanderlinden, a manager at Toronto Public Health told Humber News the new rules will be in in place within a year.

“We don’t know exactly what the timing will be but it could be some time in the spring of 2014.  The bylaw would come into effect immediately after the bill is approved by Council,” Vanderlinden said.