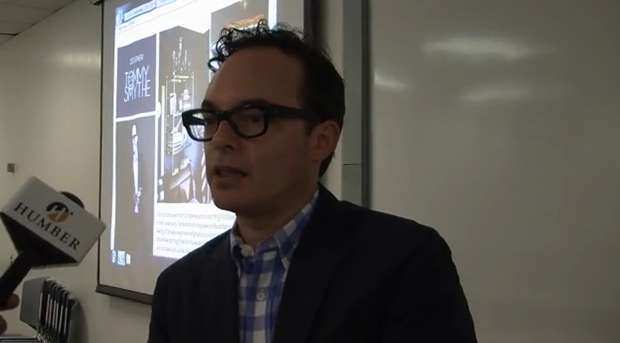 By: Alessandra Micieli and Olivia Roger

Tommy Smythe, best known as a television personality on HGTV’s Design Inc., made an appearance at Humber’s north campus today. Smythe is an interior design and decorating expert who came to speak with second-year interior decorating students.

Smythe spoke about courage and how to excel in a competitive field, such as the design industry. Smythe also talked about his beginnings in the industry and various career paths students can take after graduation. A Q&A session followed Smythe’s speech.