The latest from Mayor Ford on third anniversary election win 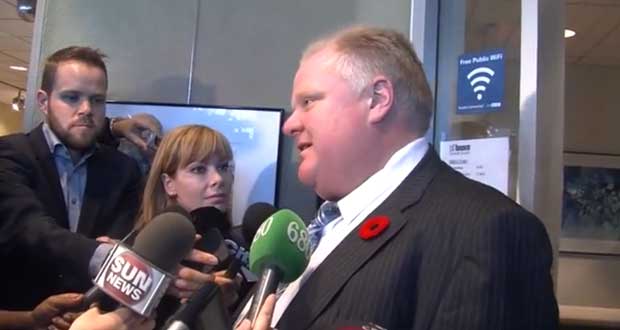 Ford spoke to the media at the Etobicoke Civic Centre about his future plans for the city.

He touched on the ongoing debate over the proposed transit plans, bike lanes on Bloor Street and smoking in public in Toronto’s parks.

Humber News reporters Kiah Welsh and Charlotte Anketell were in the scrum.

For a look back at Mayor Ford’s time in office, check out Humber News reporter Lily Tran’s detailed timeline on the high’s and the low’s of his tutelage.