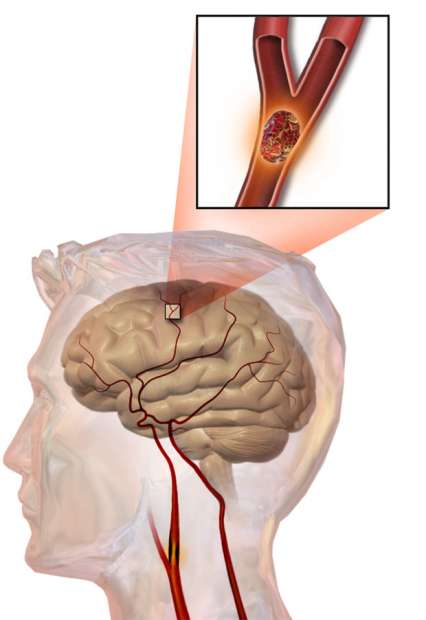 Young people around the world are at higher risk for strokes and stress is a contributing factor, a global study has found.

The first global analysis published in the medical journal Lancet indicates that strokes in young people are increasing.

“Young adults between 18-44 make up almost five per cent of all stroke patients admitted to hospital in Canada – about 1,600 per year,” said Lindsay.

There is an increase in young people having strokes, but the population that suffers from strokes are still elderly people said Gemma Woticky, education promoter at March of Dimes.

Lindsay said part of the reason of the increase in strokes is lifestyle, mostly from poor diets, inactivity, smoking and high blood pressure.

Some people are predisposed to risk factors like genetics and family history of heart disease said Woticky.

Genetics can play a role

“There have been links with young women and birth control pills that may contribute to strokes,” said Woticky.

Some people are more at risk for having a stroke, and birth control pills may contribute to that factor said Woticky.

However, it is important to note that there are many ways people can help reduce their risk of stroke.

“Blood pressure is on the rise in young people, so the demographic for that shifted and it could have been predictable,” said Ronald Stewart, program coordinator of the bioscience program at Humber College.

“High blood pressure is the leading cause of stroke and strokes can be significantly reduced if people manage their blood pressure- particularly through diet,” said Lindsay.

Controlling your diet, quitting smoking and watching sodium intake can help reduce the risk factors of having a stroke, said Stewart.

“We need salt in food, and we do not need to add more salt. There’s salt in our diet naturally, there’s salt in carrots,” he said.

‘Stress is a huge factor’

The one factor that people don’t often target is stress, which is a huge factor in risk of stroke, said Woticky.

“Stress increases cortisol in the blood, which is very damaging to your system,” said Woticky.

“The first step in managing stress is realizing that it’s there,” said Stewart.

Students may have higher stress levels but there are plenty of resources and help centres to prevent it from getting serious.

“Students have access to significant resources to help deal with their stress here on campus,” said Jason Powell Dean of Health Sciences.

The effects of having a stroke can range from emotional problems to a person having physical disabilities.

“It can damage their future,” Woticky said.