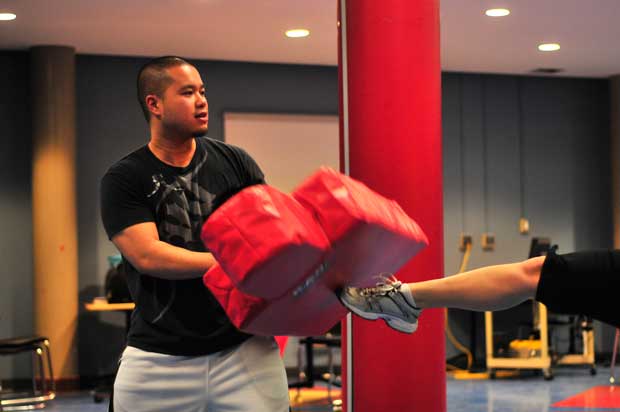 Toronto police are investigating an alleged sexual assault that happened around midnight on Monday at Rathburn Road, at Renforth Drive, near Centennial Park in Etobicoke.

The woman was not physically injured or taken to hospital according to Toronto Police.  No new details have emerged as they continue to search for the suspect.

It’s this kind of incident that drives woman to take part in self-defense courses.  For students of Humber, that course is being offered for free.

Starting tonight at the Lakeshore campus and next Tuesday at the North, Humber’s department of public safety is hosting a free RAD (Rape Aggression Defense) course for women.

Keith Pua, department of public safety coordinator for Humber teaches the RAD courses.  He tells Humber News the program is designed to protect females against aggression or threats to their will.

“It’s very regimented in that it has a set number of techniques that we teach as part of the program.  Most struggles end up in the ground so learning to fight off your back is a valuable skill we teach,” said Pua.

“I did have a female student in the past who took the course, about a week or so later, she was on a bus being harassed by a patron.  She took what she learned in the class and got herself out of that situation.”

Rob Kilfoyle, director of public safety for Humber College told Humber News that almost anyone could learn something new and useful from the program.

“Many of the skills they learn are similar to other self-defense programs, but they are brought down to a basic level that most people can understand and accomplish with minimal training ,” said Kilfoyle.

Michelle DiRaimo, a student from Ohio State University, recently completed her RAD training and said she couldn’t be happier with her decision.

“The RAD experience was very eye opening.  We all learned easy tactics that could help to save our lives. I would recommended it to any woman.”