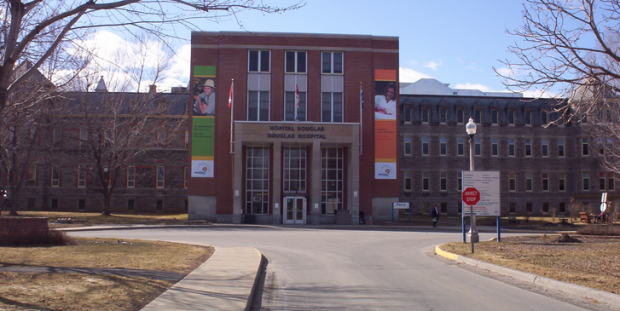 A breakthrough in the study of REM sleep was made at McGill’s Douglas Mental Health Univeristy Institute. (Image courtesy of WikiCommons)

A group of scientists in Montreal say a big breakthrough has brought them one step closer to helping many people finally get a good night’s sleep.

In a press release this week, scientists at the Douglas Mental Health University Institute in Montreal said they discovered a link that recognizes how the rapid eye movement part of sleep is controlled by the brain.

“Researches on the team of Dr. Antoine Adamantidis identified, for the first time, a precise causal link between neuronal activity in the lateral hypothalamus and the state of REM sleep,” according to the press release.

Testing was done on mice to better understand the sleep mechanics of the human brain, said Adamantidis.

“Although we are working in mice, those sleep states are very comparable to human sleep states.”

Adamantidis told Humber News this is an important breakthrough in understanding sleep mechanics and will allow doctors to prescribe specific medications to people suffering from sleep and psychiatric disorders.

Adam Tepperman, a 23 year old videographer in Toronto, told Humber News he has struggled with both ADHD and insomnia. He said he would get really “over amped” and really tired, but when it was time to go to sleep nothing would happen.

He said he tried a variety of different over the counter sleeping pills, but nothing worked for long periods of time and he wasn’t pleased with the medications side effects.

“There is nothing that’s more healthy than natural sleep,” said Tepperman.

“The whole thing in neuroscience is to identify new targets for a better treatment with less side effects,” said Adamantidis.

The study will appear in this months issue of the well respected scientific journal, Nature Neuroscience.