Public to weigh in on Gardiner Expressway’s future 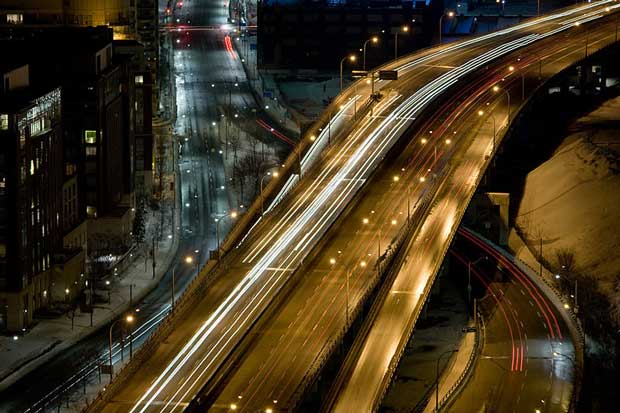 Andrew Rivett via Flickr
The Gardiner Expressway East is in the second phase of the environment assessment.

The next phase of the Gardiner Expressway East environment assessment continues with a public meeting Oct. 16.

The Gardiner Expressway Eastbound between approximately Jarvis Street East and Leslie Street has been under review after there were several reports of concrete chipping off and falling onto the roadways underneath.

The western portion of the Gardiner is currently undergoing major maintenance and rehabilitation as it sees higher traffic levels than the east.

At a public met in June the city presented four options for the eastern portion that included maintaining the elevated expressway, improving the urban fabric while keeping the existing expressway, replacing it with a new-elevated expressway or removing the Gardiner to build a new boulevard.

A media briefing was held this morning by the City and Waterfront Toronto to highlight the second phase of the assessment.

The alternative chosen will be backed under the Toronto City Council’s 10-year capital plan that has a budget exceeding $500 million from 2013 to 2022.

“During this phase we are going to take high level design concepts based on each of the four alternatives and present them to the public as well as show them evaluation criteria,” Hillary Marshall, corporate communications for Waterfront Toronto told Humber News.

“The public’s input is very important to how we continue forward with these issues.”

The meeting is directly involved with Ward 28 of the Toronto City Council as Tom Davidson, the constituency assistant, said the surrounding neighbourhood will be affected by the final decision.

“We tend to focus on the structure itself, when really it should be as much about what it means for the people walking or using mobility devices underneath and the neighbourhood,” Davidson told Humber News.

“Waterfront Toronto does a fantastic job of making the meetings successful to allow further follow-up that will give communities what they need to know.

Construction cannot take place until the city council members make a final decision in February or March of 2014.

The public is invited to attend the information meeting this Wednesday, Oct. 16 at 6:30 p.m. at The Bram and Bluma Appel Salon in the Toronto Reference Library.