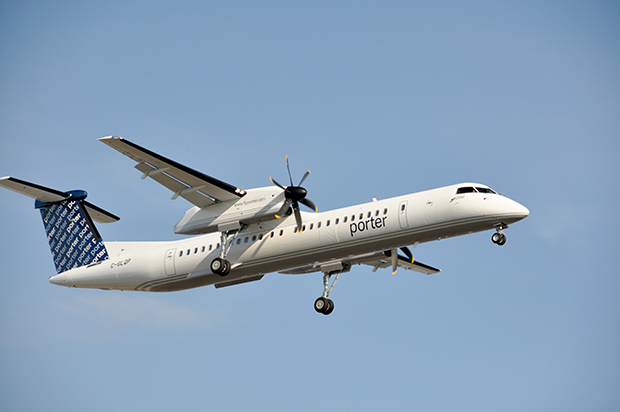 A travel magazine has named Porter Airlines the best small airline in the world.

According to the Conde Nast Traveler’s Readers’ choice awards, Porter Airlines has been named the best small airline in the world for 2013.

David Jefferys, deputy editor for the magazine told Humber News, “It’s hard to say definitively but I’d guess it has to do with Porter having so many more aircrafts and routes than last year’s number one spot, OpenSkies.”

Jefferys said that Porter adding more aircraft’s and flight routes to their airline was ‘a correct adjustment’ to push them past the leading airline.

Baljit Singh, a student in the business accounting program at Humber said, “Porter is the more convenient choice” in comparison to Pearson.

Singh who was also a former taxi driver told Humber News, Porter is the popular choice for people who work in downtown Toronto.

“People have many different ways to get to the airport, it’s not the same with Pearson,” said Singh.

“Everyone at Porter is extremely proud to be chosen as the best small airline in the world by Condé Nast Traveler magazine,” said Brad Cicero, director of communications at Porter.

Cicero said part of Porter’s success is in partnership with Billy Bishop Airport and the downtown location plays a big role for travelers.

Robert Deluce, CEO of Porter Airlines said in a written statement, “We hope to make the Porter experience available to even more passengers across North America in coming years.”

“Our plans will still keep Porter as a small airline with a distinct approach to service, but covering a more diverse route map,” said Deluce.