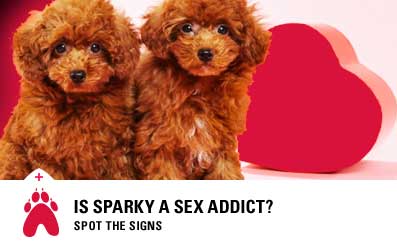 It’s time to talk to your pet about safe sex.

A new ad campaign launched by San Francisco’s Society for the Prevention of Cruelty to Animals is encouraging pet owners to make sure their pet ‘wraps it up’ to prevent unwanted pregnancy, and the campaign is getting a lot of attention here in Toronto.

The spoof website promotes Animal Instincts, a pet condom for dogs and cats.

San Francisco’s SPCA campaign has many turning their heads, but at its core, it is an attempt to spread the word to pet owners to get their dog or cat, spayed or neutered.

Here at home, Ontario’s SPCA, has a similar campaign urging pet owners to get their pet sterilized.

“There is a pet over-population problem in Ontario in particular, and it is often escalated and fueled because of the lack of spay neutering your pet,” said Cross.

“We feel spay neutering your pet is the solution to the root of the problem,” she said, adding that “it helps address those issues.”

Cross said even those who aren’t pet owners can be affected by an out-of-control pet population.

“The pet overpopulation is a community problem. This is where you’ll find stray cats, stray dogs, sterile cats, wild cats — those are animals coming into and can influence your community and can bring diseases,” she said.

“Everyone should be aware about it,” she told Humber News.

Barbara Steinoff, executive director at the Toronto Humane Society, said spay neutering your pet will prevent the spread of diseases.

“There are a number of cancers that can affect female cats and dogs that are eliminated through the spay process,” Steinoff told Humber News.

Spaying helps reduce the risk of diabetes “and a number of different things that really do cause a huge benefit for our animals,” she said.

“Anything that brings attention to the need for all animals, all cats and dogs, to be spayed neutered is so important,” she said.