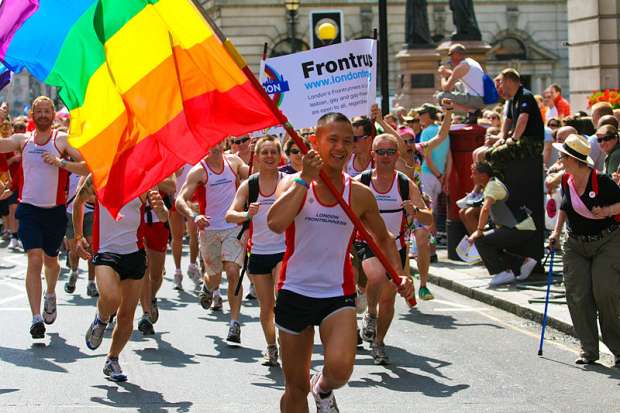 Friday’s 25th anniversary of National Coming Out Day (NCOD) is sending a message to the LGBTQ community, that coming out still matters.

The purpose of NCOD is to help promote a safe world for lesbian, gay, bisexual and transsexual individuals.

The first Coming Out Day was held in Washington on Oct. 11, 1987, as a march  for lesbian and gay rights.

With approximately 19,000 full time students at North Campus itself, Deborah Mandell, a counselor at Humber says there are a lot of students that identify along the LGBTQ+ spectrum and that they come in for individual counselling for various reasons.

The school has a group called ‘LGBTQ+/@Humber,’ and discussed the topic of ‘coming out and being out’ last week.

“You need to ask the questions: ‘What kinds of support do students need to come out and be out? And what do students need from their friends, families and teachers?’” said Mandell. “Students need safe spaces to come out. For example, if a faculty member were to set some ground rules and guidelines that homophobia or trans phobia or any form of discrimination or oppression is not tolerated in the classroom.”

As part of creating a LGBTQ+ friendly community, Humber is implementing new strategies. Some of these initiatives are a new and improved group platform and higher visibility of rainbows, triangles and safe space stickers to represent that the school does indeed have safe spaces for its students to come out.

Mandell, who did not know it was National Coming day, was pleased about the celebration.

Although Humber is giving a helping hand to students who want to safely come out, Jen Scott, 19, a second year Criminology student at Wilfred Laurier University, came out as a lesbian-identified over a year ago and said it did not come easy.

“It was a little weird for me to start developing these feelings for my current girlfriend,” said Scott. “I was a little confused and I told myself I would wait it out. However, on February 22, 2012, I asked her to be my date for prom and she said yes. I told my mom the same day, and I was yelled at – I was terrified. My mom said she had a bad feeling I was gay, and all I could think of is why is that a ‘bad’ feeling?”

Scott added that she was surprised about her dad’s reaction, as he was more open to the idea even though he was raised in a more Christian household.

Despite her rocky road to becoming her genuine self, Scott is comfortable with being who she is and being officially out.

“Come out when you feel ready,” said Scott. “If it’s in the heat of the moment, do it. Just do it and ride with it because in the end, you’re just going to end up prolonging it. At least talk to a friend, and get some reassurance because people will still love you as a person.”