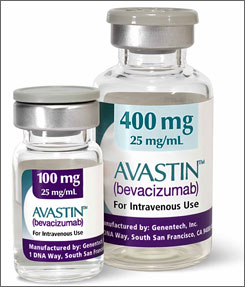 A Milton woman with terminal brain cancer has been refused OHIP coverage for a medication that would prolong her life, according to a Global News report.

Kimm Fletcher, 41, of Milton, was recently given two months to live and was prescribed Bevacizumab, a drug used to prolong survival for certain brain cancers. Bevacizumab is sold under the name Avastin.

The Committee to Evaluate Drugs — a provincial health agency charged with recommending drugs for public coverage — recommend that Avastin not receive public funding in October 2011. The agency does not comment publicly on its recommendations, but a spokesperson for Cancer Care Ontario, another provincial Health agency, confirmed the recommendations in an email to Humber News.

“During its review of the clinical information contained in the manufacturer’s submission, the CED noted that there was no data on overall survival, and that there is a potential for significant side effects and a lack of data showing an actual anti-tumour effect,” said Scott Gavura, director of the provincial drug reimbursement program at Cancer Care Ontario.

Jillian Kohler, a pharmaceutical and healthcare policy expert from the University of Toronto, told Humber News that these situations are tragic but not uncommon.

“When you have limited resources, you have to make tough decisions. There’s always going to be these tragic situations where an individual desperately needs a medication that is expensive and not being covered by the government.”

According to the Global News report, the manufacturer of Avastin, Hoffman-La Roche, has offered 20 per cent off the drug’s estimated yearly cost of $35,000.

Gavura noted the health ministry’s funding decisions take compassion into consideration, “however these decisions must be based on objective evidence.”

Gavura wrote that Hoffman-La Roch has “accepted the CED’s recommendation.”