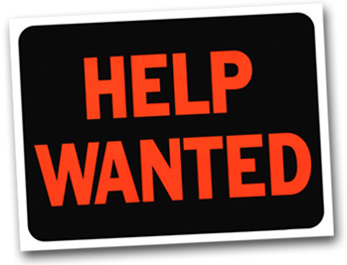 If you’re currently working as an intern, you better doubly make sure you’re not injured while on the job. Many interns are not covered under workplace health and safety laws or the Employment Standards Act.

“The ESA does not apply to an individual who performs work under a program approved by a college of applied arts and technology or a university,” said the Ontario Ministry of Labour’s website.

Internships are becoming exploitative for students.

Andrew Langille, a Toronto-based lawyer and founder of Youth and Work, a website that educates young people on labour laws, said interns should be afforded the same protections as full-time employees.

“Somebody who’s in a workplace doing work should have the full protections of the ESA and Occupational Safety Act,” Langille told Humber News.

“The Ministry of Training, Colleges, and Universities needs to run a review of all the work integrated learning programs in Ontario colleges and universities,” he said. “It’s totally deregulated there are really no rules and it’s left up to the individual institutions to oversee the internships.”

Langille said the Ministry of Labour isn’t doing any proactive enforcement around unpaid internships both in academic and non-academic settings.

Claire Seaborn, the President of the Canadian Intern Association, said interns need to be familiar with the labour laws and be informed.

“Over the past year and a half, it’s been cool to see the media wave and see that this has been an issue that’s steadily talked about frequently – which is fantastic – but what it comes down to is are we actually going to have regulatory changes? It’s what we need,” Seaborn said.

“The law for internship is somewhat complex in that we need both the federal government to be regulating things for federally regulated companies and we need each individual province to make their own legislation and/or enforcement mechanisms as well. It’s a complex policy issue,” she said.

Seaborn told Humber News one of the biggest obstacles for her organization is when unhappy interns want to remain anonymous.

“They don’t want to tarnish their reputations with their employers, they want a reference letter, or they don’t have a job yet,” she said.

Alastair Woods, chairperson of the Canadian Federation of Students in Ontario, said the issue of unpaid internships is becoming a Canadian crisis.

“Over the last ten years we’ve seen that shift dramatically where almost all internships are performing duties that were at one point or another were paid,” he said.

“I think this leads to two issues: it’s exploitative and on top of that it does away the need for entry-level jobs.”