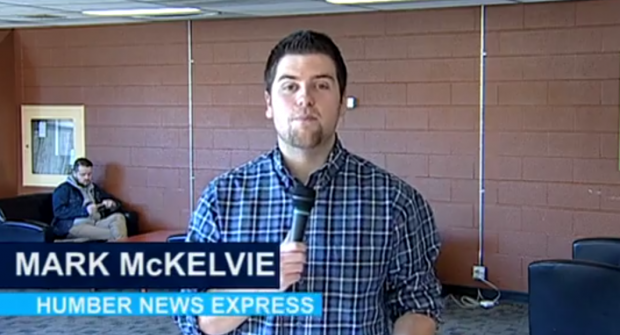 It appears that changes are in the works to improve animal welfare.

The Toronto Star is reporting that the provincial government will be boosting the powers of the Ontario Society for the Prevention of Cruelty to Animals.

The improvements include more funding and twice a year inspection of all zoos and aquariums and standards of care for all marine mammals.

Public pressure for changes to the OSPCA heated up after a Toronto Star report revealed improper care of animals at Marineland.

The report is what led Community Safety Minister Madeleine Meilleur to review the OSPCA. With the changes the OSPCA will receive $5.5 million annually to create a group of trained investigators to inspect Ontario’s 60 zoos and aquariums.

Humber News reporter Julia Grabowska has more on the story on our website.

Toronto Police Constable Kyle Paterson told an inquest yesterday that he saw a scary look in the eyes of Reyel Jardine-Douglas.

Paterson shot and killed Jardine-Douglas back in August of 2010. The shooting is one of three under examination at the inquest because all the victims were mentally ill.

Constable Paterson testified he had responded to a dispatch call about a disturbed man on a bus.

The other office at the scene testified Paterson had no choice but to shoot.

An unpaid intern’s claim to receive wages has been denied by a federal labour inspector.

Jainna Patel worked five weeks for Bell’s Professional Management Program and claimed the internship had no educational value and she was doing the same work as paid employees.

Patel said she filed the complaint after being encouraged by successful claims in the US.

A Human Resources and Development Inspector denied the claim saying Patel knew the internship was unpaid and there was no guarantee of employment.

The Cards has a lead midway through the game when David Ortiz hit a two-run homerun in the sixth to give the Red Sox the lead. The Cards responded in the seventh scoring three runs to give Wacha the win.

The series is now tied at one’s heading to game three in St. Louis Saturday night.

The Toronto Maple Leafs have announced that rookie defencemen Morgan Rielly will stay with the club rather than returning to the WHL’s Moose Jaw Warriors.

The 19 year old will play his ninth game tonight in Columbus. Once he plays ten games he will burn a year on his rookie contract.

Talk about whether Rielly would stay or not quieted down after the d-man from the Moose Jaw Warriors say regular ice time and lots of trust from head coach Randy Carlyle.

Rielly joins the likes of Olli Maatta and Nikita Zadarov as CHL eligible defencemen still with their respective NHL teams.

Meanwhile David Clarkson will give the Leafs a boost tonight as he returns after serving his ten game suspension.

Clarkson has been skating on a line with Mason Raymond and Dave Bolland during practices this week. The Leafs acquired Clarkson through free agency in the off-season but he was suspended during the pre-season for coming off the bench to join in the brawl with the Buffalo Sabres.