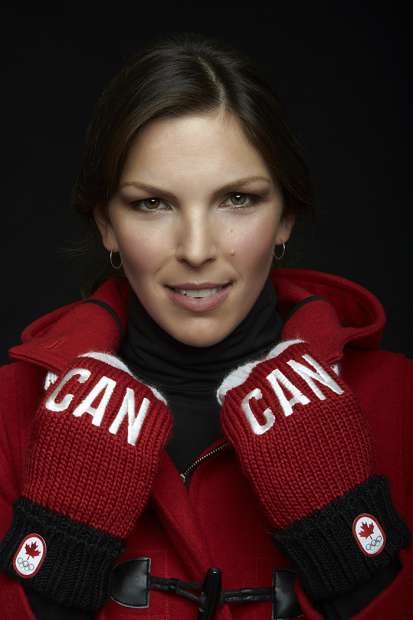 Hold on to your hats (or in this case, toques). The Hudson’s Bay Company has revealed their new clothing line for the 2014 Sochi Olympics.

Hudson’s Bay is the official Canadian Olympics team outfitter and, while the new apparel was showcased Wednesday at a press conference in Toronto, there’s already been some backlash.

Bonnie Brooks, CEO and president of the Bay, acknowledged the clothing worn by the athletes’ themselves will be made in Canada but that the apparel sold in stores will be manufactured mostly in China.

This has been an ongoing controversy since the last Winter Olympics where HBC also outfitted the previous Canadian Olympians.

The athletes’ response to the new line has been generally positive.

“I have been fortunate to participate in four Olympic Games, and I know the pride one feels when wearing the red and white while competing internationally,” said Jean-Luc Brassard, four-time Olympian, said in a statement.

“Our new uniforms beautifully represent our country’s drive to be number one in Sochi.”

However, Hudson’s Bay will still have to hurdle the criticism of manufacturing overseas.

John Winter, a retail analyst in Toronto told Humber News that items made abroad won’t help the Canadian economy – and he questioned the quality, as well.

“Clearly there will be a difference in quality of clothing because some will be made here in Canada and some will be made there in China – it’s a rather unsubtle way of the Bay to make more money off the clothing,” said Winter.

Winter said it’s a shame that retail manufacturers practice this sort of outsourcing.

“The numbers I’ve seen for retail suggest to me that the manufacturing of clothing abroad does not benefit the customers in the form of cheaper prices but only higher profit margins for retailers,” he told Humber News.