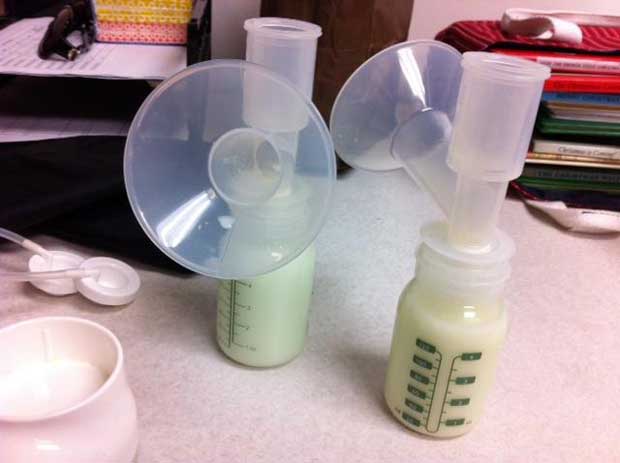 Human breast milk is being sold online, but a new study published in medical journal Pediatrics has found that it can contain harmful bacteria, including salmonella.
SOURCE PARENTING PATCH.

Human breast milk is being sold online, but a new study published in medical journal Pediatrics has found that it can contain harmful bacteria, including salmonella.

The research comes from U.S. researcher Sarah Keim, the lead author at Nationwide Children’s Hospital in Ohio. Researchers examined 101 samples that were bought on a popular site to sell breast milk.

Seventy five per cent of the samples contained high amounts of bacteria that could harm babies ingesting it, said the study.

“The benefits of breastfeeding are well established, and breastfeeding is strongly recommended by healthcare professionals and the U.S. Department of Health and Human Services,” the Food and Drug Administration told Humber News in an email. “However, the FDA recommends against feeding your baby breast milk acquired directly from individuals or through the Internet because the donor is not likely to have been screened for infectious disease or contamination risk.”

Breanna Clemons, a mother of three, is a currently a milk donor.

“I just had some friends that told me about milk sharing and I found out that there was a need, and I joined milk sharing,” Clemons told Humber News. “A new mom in my town had adopted a little boy and they hooked up with me and every time she needs milk I give her 20 or so bags.”

Clemons spoke to the Associated Press yesterday about donating breast milk, and told Humber News, she was misrepresented because the article was about selling breast milk.

“I do not receive compensation for this, unless you count the organic chocolate that the mother brings me sometimes,” said Clemons.

“I’m doing this to help out. Donor milk is better than formula, and I have been tested to ensure that nothing is wrong with my milk. What the previous article I was mentioned in left out was that if you ever feel that the milk is not 100 per cent, you can always flash pasteurize it.”

Flash pasteurization involves heating breast milk to exactly 72 degrees Celsius for 15 seconds. This process is what is followed by the dairy industry, and is the official method of pasteurization.

Clemons said that clearly there would be risks involved with buying milk from an unknown donor, but that there are many alternatives and chances to receive donated milk where the donors have been screened for diseases and illness.

“In these cases where milk is being shipped, just as any milk, it needs to be handled properly,” said Clemons. “It should be on dry ice, it should be in the proper bag.”
“I have enough milk for triplets,” said Clemons. “And I just wanted to help out.”