Do you want to be your own boss? Humber can help 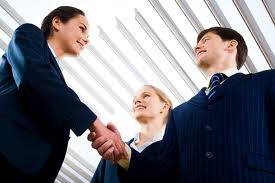 The New Venture Seed Fund is meant to help young entrepreneurs financially when starting their own business. SOURCE: The Money Ways

Eight Humber students can win up to $10,000 to kick start their small business.

“Every year, a good number of graduating Humber students want to go into business for themselves and Humber wants to help career dreams come true,” Madott told Humber News.

“When a student submits a proposal, they also receive mentoring, a coaching session from a lawyer, and an interview with me to discuss how to build a company in addition to a chance to win money,” Gifford told Humber News.

Gifford said there were over forty applicants last year.

“I remember first hearing about the competition in class and turning around to my friend and saying ‘I’m gonna win that,'” Bernie said.

Bernie graduated from the contemporary music program and has since built a film music composition business, Marty Bernie Music.

He said that although the cash was useful,  what helped him most throughout the competition was the mentoring he received.

“I always tell applicants to out-do themselves and do the best work they have ever done, because it is a tough competition and the number of applicants are growing,” Bernie says.

The proposal is judged by a group of panelists, internal and external to Humber, that rate and rank the entries based on creativity and innovation, sustainability, long-term employment possibilities and viability.

Carla Langhorst, a small buisness coach, told Humber News that it is a good idea to start your own buisness sooner rather than later.

“Starting your own business younger is great as you have the energy, the contacts through professors and your fellow students,” Langhorst said.

“The average entrepreneur starts their business when they are 42 years old, imagine how much more they could do if they started something right out of school? With unemployment rates higher for graduates, this fund is on the right track in encouraging students in considering self employment as a viable option,” she said.

Students who are interested in applying are invited to the Humber’s north campus information session October 22 at 5 p.m. in room B101 to learn more.

There will be an early bird submission deadline for Monday, November 25th, 2014 for a chance to win an iPad.