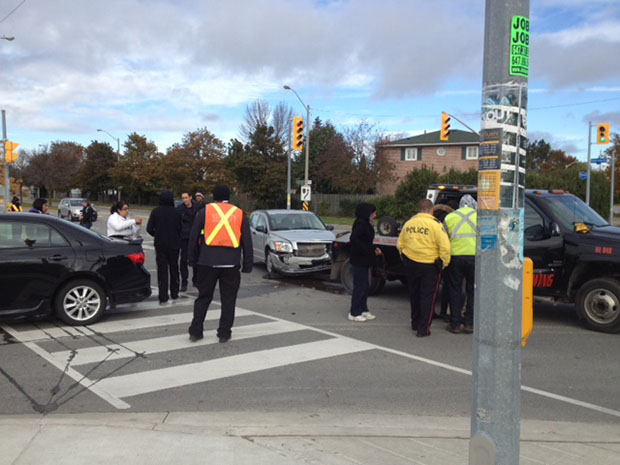 Drivers, put down that handheld device — you might be looking at more than a fine if you’re caught in the act.

“The evidence speaks for itself,” said Ontario Ministry of Transportation’s Bob Nichols. “A driver who uses a cell phone is four times more likely to be in a crash than drivers who are focused on the road.

“The ministry is considering whether to introduce stiffer penalties, including demerit points,” he told Humber News in a radio interview Wednesday.

“This is a good step forward,” said Toronto Police Const. Clint Stibbe. “I think once the public realizes that there could be demerit points associated with the offence we’re going to get a lot more compliance.”

Stibbe said when seatbelts were introduced, there were very low compliance rates in drivers and passengers. However, over time, the work and dedication towards buckling up have made the difference when accidents occur.

“We presently have 95-96 per cent compliance rate for seatbelts,” Stibbe told the Humber News show @Humber. “We don’t see anywhere near that compliance when it comes down to electronic devices being used when driving.”

Stibbe said whether he is working or not, he sees many drivers get distracted with handheld devices.

“Safe driving requires undivided attention,” Stibbe said. “Drivers need to focus on the task at hand: keep your eyes on the road and hands on the wheel.”

Adding demerit points to the charge is only a proposal, it is up to the government to decide on the matter said Nichols.

“It is important to remember that anyone who chooses to put others at risk by driving while distracted, for whatever reason, can still be charged with careless driving or dangerous driving,” Nichols said.

Stibbe said it wouldn’t be a first time the government used demerit points for driving infractions but it would “definitely be a step forward in getting the message out to the drivers that this behaviour is unacceptable.”

“We probably will not get 100 percent,” Stibbe said. “But if we can reach the 90-95 per cent, then I think the message is getting through.”