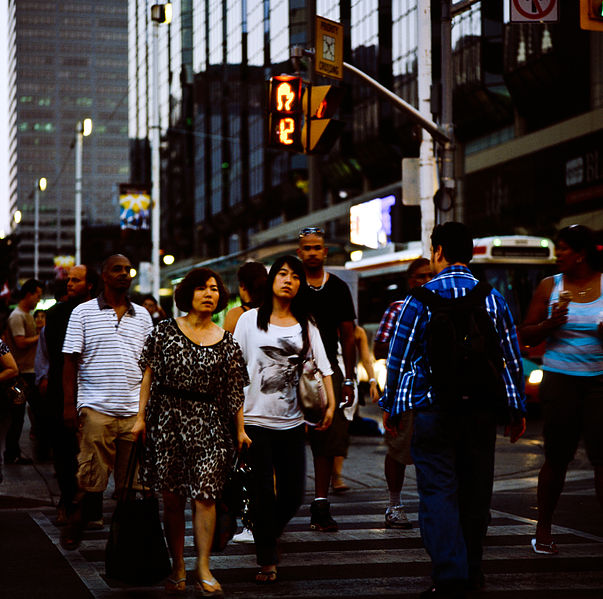 A new study released by Sick Kids’ Hospital claims that crosswalk countdown timers at approximately 2,000 intersections in Toronto might be causing more harm to pedestrians than good.

The study suggests that once the countdown timers begin, pedestrians race against the clock to get to the other side of the street.

This has caused danger to pedestrians because drivers are also racing the clock to get through the intersection before the light turns yellow, causing more accidents that can be fatal to those on foot, according to the study.

The study shows there has been a 26 percent increase in pedestrian-vehicle collisions at intersections after the crosswalk countdown timers were installed.

A similar study released in 2011 by researchers, Arvind Magesan and Sacha Kapoor of the University of Toronto, suggested that after arriving in November 2006 the crosswalk countdown timers caused 22 more driver-driver related accidents a month.

This was in compared to crosswalks that didn’t have countdown timers, which the research said, were safer for drivers.

“Our study found that pedestrians were actually better off after the countdown was introduced,” said Magesan.

“When the countdown is very low, we’re finding that the cars are the ones who are rushing through the intersections and this is what caused the increase in accidents,” he said.

The 2011 study said even though drivers rush through the lights, pedestrians are confused on whether they should cross or not when the countdown begins.

“I think with the countdown, the problem is, as the countdown gets low, individuals aren’t sure whether they should exercise their right of way, or who has the right of way. This is what causes the collisions,” Magesan said.

The problem with the countdown is that it is visible to drivers.

Magesan said it might be better if drivers weren’t able to see the countdown.

“What we proposed as a result of this is to make the countdown audible to pedestrians only, so that the cars cant hear it and they don’t know they have a small amount of time. The pedestrians should always have the information,” he said.