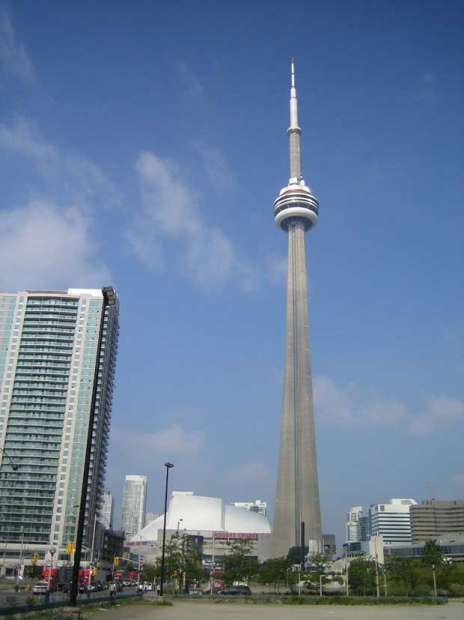 Source: Jason Rowe, Flickr
Those who received their Canadian citizenship today were treated to a complimentary tour of the CN Tower after the ceremony.

by Nicole Campea and Rachel Landry

Citizenship Week in Canada kicked of at the CN Tower with appearances by Canada’s Citizenship and Immigration Minister, Chris Alexander, as well as Toronto’s deputy mayor Norm Kelly.

Rejean Cantlon, Communications Advisor for Citizenship and Immigration Canada, told Humber News the decision to hold the ceremony at the CN Tower was an easy one.

“It’s iconic not only to Toronto, but to Canada,” he said.

He also said the entire week will be full of various ceremonies taking place across Canada.

Alexander spoke for much of the event in Toronto.

“Citizenship week is a time for all Canadians to remember and celebrate our freedoms, way of life and the institutions that have supported our peaceful, stable, and prosperous society,” Alexander said in a statement released by his office.

When the ceremony was over, he shook each new citizen’s hand and asked people where they were from.

Some of the countries represented included Tibet, Colombia, Turkey and Eritrea.

“Thank you,” one woman told him.

He finished off by welcoming the new citizens home.

Kelly introduced himself as “the son of immigrants.”

His parents came to Canada looking for “financial stability — and they found it,” he said.

“There are two chants you need to know if you want to live in Toronto,” said Kelly.

He had the new citizens repeat after him as he chanted “Go Leafs go” and the iconic Argonauts cheer, “Arrrr-gooosss!”

People who were already citizens were also at today’s event and invited to take the oath along with those receiving their citizenship.

A reaffirmation ceremony of larger proportions will be held in Ottawa at the Canadian Tire Centre. Alexander said the NHL-sized arena is expected to be packed.