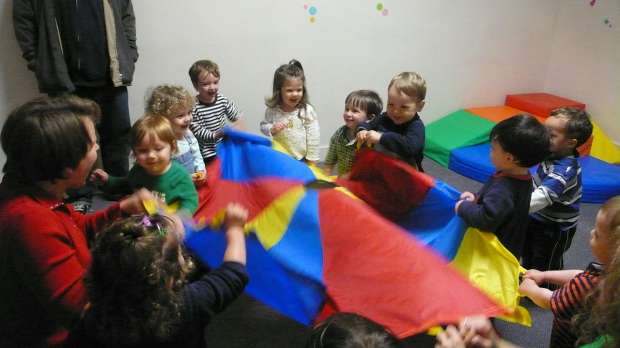 There are only enough spaces for 20 per cent of Ontario children to be looked after in a licensed day care facilitie, said Calver. Source: Grant Barret

Child care advocates such as the Ontario Coalition for Better Child Care told Humber News on Monday they want mandatory licenses for all at-home childcare operations in the province.

“The bottom line is there is nobody responsible in ensuring the safety of children,” said the coalition’s coordinator Andrea Calver.

Calver said now is the time to send a stronger message because there are no rules or support for children their unlicensed caregivers. She said the province has very little jurisdiction over unlicensed operators unless there are over five unrelated children reported in a home.

“Outside of that, the Ministry of Education has no power to look at public health, abuse, etc.” she said.
Anyone seeking background on an unlicensed daycare can only do so with a Freedom of Information request, otherwise all information is kept private.

Unlicensed daycares are legal in Ontario as long as there are five children or fewer in the same home. However, Calver said the July drowning death of 21-month-old Eva Ravikovich in a Vaughan home daycare where investigators found listeria, has brought new urgency to the issue.

The toddler’s parents, Ekaterina Evtropova and Vycheslav Ravikovich, filed a $3.5 million lawsuit against the Ministry of Education and the unlicensed daycare facility in August to prevent other preventable fatalities.
Calver said licenses for home daycares would provide a set of rules and a regulator, but most importantly the licensee would have help in case of emergency, stressful situations and support for training.

Humber College is home to two daycares that are held to very high standards, said Child Development Supervisor Jeff Feke. He said the state of the Vaughan daycare where Ravikovich drowned is a black eye to the profession.
“The idea is to leave a child with a professional and know the child is looked after,” said Feke. “I would prefer all people to be licensed so they are held accountable for inefficiencies”.

Humber’s daycares are lab schools and have higher standards with all early childhood education placements required to be registered and have memberships similar to nursing qualifications, said Feke.

He also said facilities such as Humber’s are obligated to be transparent with notices of accidents or issues that go as far as making water flushing records posted to parents for ten business days, as per the Day Nurseries Act.

“I would love for all daycares to be held at our standard” said Feke.

Calver said the current system for licensed daycares needs to be applied to all facilities and not just be voluntary.