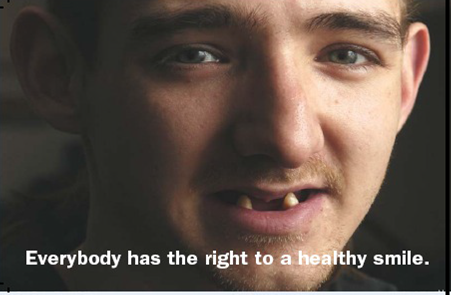 The Ontario Oral Health Alliance has released a report that finds better access to dental care is strongly needed for low-income families in Ontario.

The report released Wednesday, found almost 58,000 adults visited emergency rooms across Ontario for dental emergencies, and many of these visits resulted in a little more than a prescription being written for painkillers or antibiotics.

The alliance is a dental advocacy group that focuses on making sure people in low-income families receive the dental work they need.

Rebecca Shams, acting chair of the Ontario Oral Health Association, said some people don’t really have any other choices when it comes to going to the emergency room in hopes of subsiding the pain of a dental issue.

“They are backed into a corner. Their dental concern has gotten so bad that they feel they have no other alternative than to seek emergency care,” she said. “Which they may get some pain relief and they may get an antibiotics to help stave off the infection.”

“But they’re not getting any treatment to help actually fix the infection. That infection is going to come back as soon as that round of antibiotics wears off. So they are not fixing the source of the infection.”

“We would like to see some funding out there to cover actual dental care for low-income adults because that would prevent them from going to the emergency room if they had an alternative,” Shams said.

“In 2008 when the liberal party came up with their poverty reduction strategy, they had promised $45 million for dental care for low income families,” she said.

“Then when the new program got rolled out, it was not for families, it was only for children under the age of 18 and it had very restrictive eligibility requirements.”

Anil Chopra, medical director of emergency medicine at Toronto General Hospital said there are many people who go to the emergency room for dental problems.

“The main reasons that people come to the ER has to do with toothaches, post-extraction bleeding, dental abscesses, broken teeth, and dental bleeding.”

“Non-urgent cases get referred to community dentists or University of Toronto dental school. Urgent cases can be referred to Mount Sinai clinic in real time,” he said.