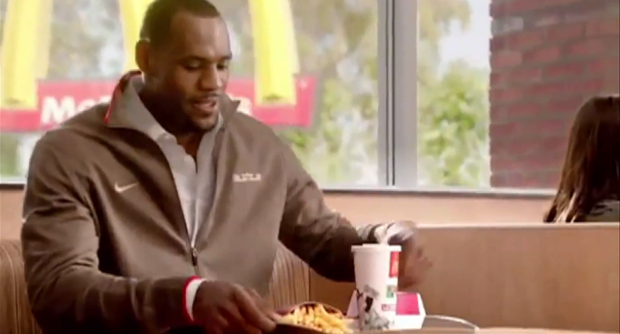 By Sarah Rea and Jessica Paiva

Some forms of obesity could be linked to professional athlete product endorsements, according to a study released Monday by The American Academy of Paediatrics.

The Yale Rudd Center for Food Policy & Obesity, a non-profit research and public policy organization based in Yale, Conn., found that a majority of the products endorsed by athletes are poor in nutritional value.

The Rudd Center found 79 per cent of the 62 food products in advertisements endorsed by athletes were high in calories and lacked nutrients.

Meg Orciari, a spokesperson at The Rudd Center told Humber News, this type of advertising affects consumers in a negative way, especially children.

“Research shows that marketing exploits children’s developmental vulnerabilities. Until the age of about eight children do not understand advertising’s persuasive intent,” she said.

The number of countries struggling with obesity has risen as those athletes perceived as “positive role models” have convinced parents and children that athlete endorsed brands are healthier, the study found.

“This plays a largely negative role on consumers because it is giving them a false sense of reality that it is, indeed, okay for them to be eating these things just because someone of higher social standing is.”

“Most of the athletes who endorsed food and beverages were from the NBA, followed by the NFL,” said the study which was published Monday in the Journal of the American Acaedemy of Pediatrics.

Star athletes such as LeBron James, Peyton Manning, as well as Serena Williams endorse more food and beverages than any other athlete.

“Whether it effects consumers in a negative way depends on the product. If it is real junk food it will affect the reputation of the celebrity that is endorsing it.”