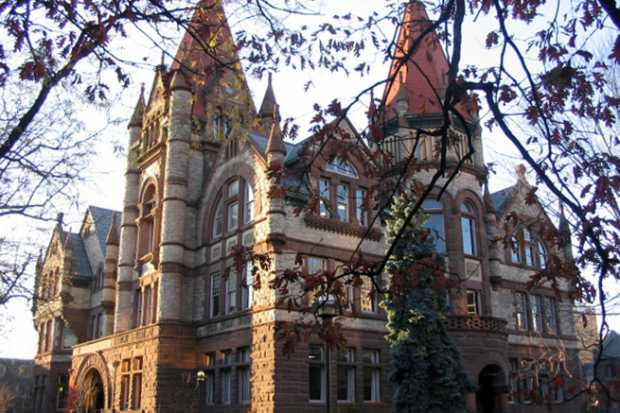 by Kateryna Barnes and Rebecca Vettese

More than 100 people protested outside of the University of Toronto’s Victoria College on Friday in response to controversial comments by author David Gilmour, an instructor at the university.

In an interview with Hazlitt Magazine, Gilmour said the following:

“I’m not interested in teaching books by women. I’ve never found—Virginia Woolf is the only writer that interests me as a woman writer, so I do teach one short story from Virginia Woolf. But once again, when I was given this job I said I would teach only the people that I truly, truly love. And, unfortunately, none of those happen to be Chinese, or women. I say I don’t love women writers enough to teach them, if you want women writers go down the hall. What I’m good at is guys.”

The protest was symbolically staged at the statue of Northrop Frye outside of the department where Gilmour teaches.