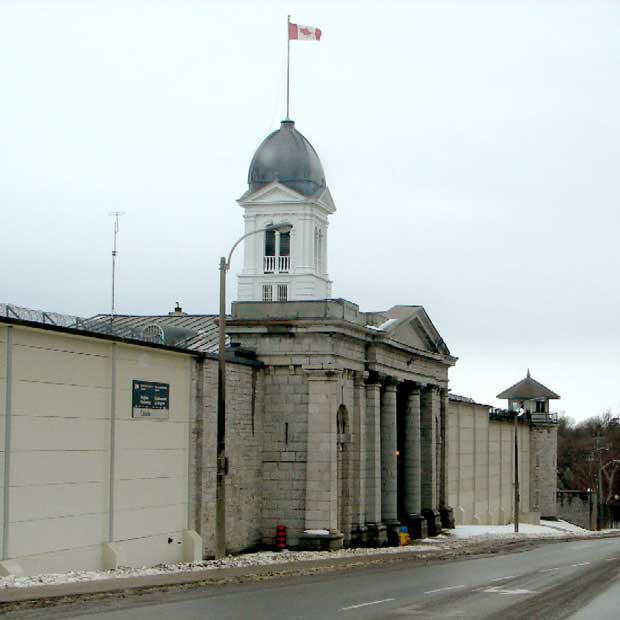 Touring the halls where notorious Canadian criminals were held may not be of interest to some, but sold out tickets indicate that many want to see what happened behind bars at Kingston Penitentiary.

United Way Kingston, Frontenac Lennox and Addington have created public tours to take place at the site of the oldest prison in Canada to generate donations for their fundraiser.

The maximum security facility will be closing at the end of this month but from Oct. 2-20 the doors will reopen for the tours which will be led by Correctional Service Canada volunteers, the United Way said in a press release.

United Way is giving tours of Kingston Penitentiary in Ontario for a limited time in October. Courtesy of Wikimedia Commons.

This is the first time the organization has planned these tours and it is a unique opportunity, said Bhavana Varma, the local United Way CEO.

When discussing the closure of the prison and its history in Kingston’s community Varma said, “it’s something we have all seen and been intrigued by and so we’re all very sad that this is closing and this was an opportunity for us to share with people in Kingston a glimpse behind the walls.”

Owing to public demand for more tours, Varma said she is surprised by the response but will not be planning any more tours. The tickets for the three week event, priced at $20 per person, sold out quickly, even after more tickets were made available late last week.

“Unfortunately we have no tickets,” said Varma. “We had actually intended this to be marketed locally to our community but once the national media got a hold of it, it has taken on a magnitude of interest that we never anticipated.”

“We don’t have the capacity to offer more tours, we don’t have any more tours but we also wouldn’t be able to resource them,” said Varma.

United Way is not the only one surprised by the quick ticket sales.

“Well I did think it would be a big response but not that many, that quick,” said the woman.

The tours are not only a rare look into one of the world’s oldest slammers but a great cause to benefit both the charity and the interested public.

“A lot of people are interested in seeing this place. I mean, it’s been around for 178 years and if they’re going to give the money to charity then both parties benefit,” she said.

“People get to see it and charities get money that otherwise they would never receive.”

As for more upcoming tours or events to happen in the near future Kingston Penitentiary could not comment on the matter.