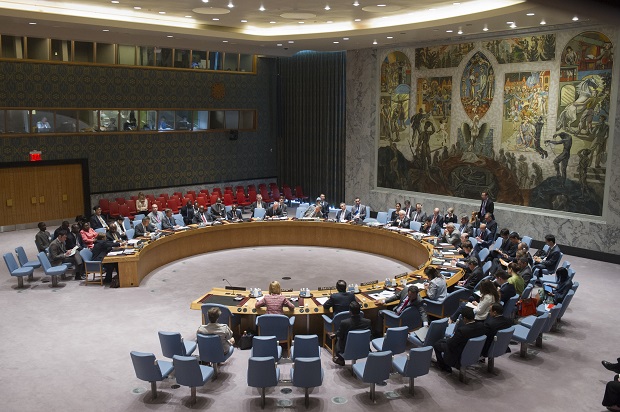 A UN security council resolution is set to be tabled tonight, which would see Syrian chemical weapons put under international control.

The resolution comes after Syria agreed today to an earlier proposal by Russian foreign minister Sergei Lavrov, under which the Syrian government would surrender control of its chemical weapons to international weapons inspectors. American and international observers, including Doctors Without Borders, say Sarin gas was used in an attack in the Ghouta region on Aug. 21, resulting in hundreds of deaths.

The reaction from international observers to Lavrov’s proposal has been mixed. Jens Hanssen, a professor of Near & Middle Eastern studies at the University of Toronto told Humber News, “many people in the international community are relieved that an imminent missile attack seems to have been averted, at least for the next week or so.” However, Hanssen also said, “my worry is that we might be getting into a situation like the sanction system imposed on Iraq in the 1990s, where there was a cat and mouse game between the weapons inspectors and Saddam Hussein’s regime.”

Hanssen was not alone in his concern. Malaz Sebai is a member of the Syrian Expatriate Organization, a Syrian dissident group.  Speaking from Toronto, Sebai told Humber News, “we’ve never seen any earnestness from any of the promises that have been made…. More often than not it’s just been stall tactics allowing him the cover he needs to continue with his campaign. There’s no faith in any promises (Assad’s) making.”

“This is the largest humanitarian crisis of the century,” Sebai said, adding “a third of the country is in rubble, the medical system has collapsed…. by the end of the year, half the country will need basic humanitarian assistance just to survive. “

Others were more optimistic about the long-term effects the resolution could have. Mitch Potter, the Toronto Star’s Washington bureau reporter told Humber News, “there’s something concrete on the table that would probably rally much more international support, if two months from now, three months from now, the Obama administration is trying to push back to punitive strikes.”

Syrian president Bashar al-Assad spoke with Charlie Rose earlier this week, and reiterated his stance that there is no evidence to suggest his regime has used chemical weapons.