UFC comes back to Toronto 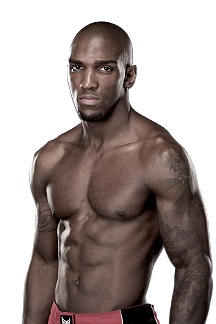 For the fourth time in three years, the Air Canada Centre will play host to the octagon.

The only Canadian representation on this upcoming card are two Montreal natives, Mike Ricci and Francis Carmont, originally from France, fighting on behalf of Montreal’s legendary Tristar gym.

“I think anyone associated with MMA gets excited for these events,” said Shah Franco, a former MMA fighter himself and the owner and program director at the Innercity MMA gym in Toronto. “Especially when they come to Toronto, the students, coaches, and fans all feel a renewed appreciation for the sport.”

MMA is still as popular a sport as ever before said Franco. However, he admits that most fans simply love watching rather than taking part.

“People are still interested in the sport but I think enrolment in gyms are relatively the same.  There may be more fans but the people that actually want to train look at it as more than a form of entertainment.  It’s like baseball. Not all fans of baseball go and join house leagues after the world series; they just enjoy the entertainment part of it.”

While the UFC events draw attention from fans across the city and surrounding areas, it’s not a major contributor to the Toronto economy.

“For the most part it’s a UFC event,” said Andrew McConnachie a strategic growth and economic research analyst for the city of Toronto.  “Most people going to the event are from Toronto and the money that’s spent on local events we don’t really count as money that’s gained for the economy; it’s just money spent by people in the city on events within the city.”

Even though the city may not reap a significant benefit from the event financially, local businesses prosper from the attention the MMA promotion draws.

“All those restaurants around the ACC within walking distance, they benefit,” says McConnachie.

“Those on a micro economic basis get directly affected, but there’s always something booked in the ACC.  If it wasn’t UFC this weekend it would have been a One Direction or U2 concert, a hockey game or something else, so they would have been affected regardless.  Our economy is made up of multiple billions of dollars. The fact that one event doesn’t come to Toronto is one small drop in the bucket compared to the size of our economy.”

The city still enjoys the major draw sporting events like UFC bring in to the city, and they look forward to continuing being a major attraction for future events.

The future of MMA events looks bright, with athletes from other realms of the sports world looking to get into the mix of things.