U.S. government on brink of shutdown 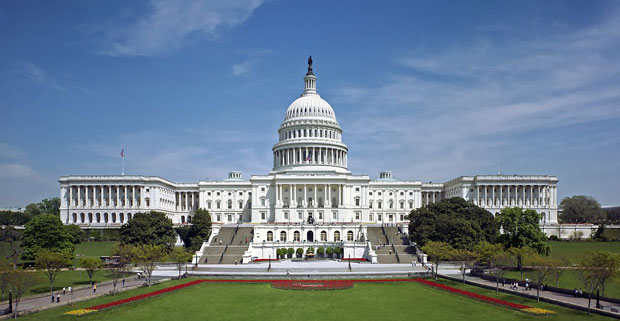 The shutdown stems from longstanding disputes between Democratic and Republican politicians over government spending and a lack of federal money.

The Republican-controlled House of Representatives passed a measure binding federal funding to a delay of President Barack Obama’s healthcare law, known as Obamacare, for a year.  In response, Democrats in the Senate in response said they’d be eliminating that bill.

Republicans are threatening to not raise the debt ceiling unless the President will eliminate Obamacare and make other concessions.

“Congress has to approve spending on all the things government does.  They have already approved spending at levels above the current debt ceiling,” Newman said. “So, it needs to raise the debt ceiling in order to make it possible for the President to carry out the laws which Congress has already passed.”

By midnight tonight, a decision will be made regarding the shutdown.  If approved, it would be the first in 17 years.

“The government has shut down before, about 20 years ago, but the difference between then and now is then the economy was doing just fine,” Newman said. “Now the economy is not doing well at all.  If the government is prevented from operating it’s going to impact the economic recovery.”

U.S. Congress must come to an agreement or else services will be cut and some agencies will be forced to cut back.

Speaking to Humber News, the U.S. Consulate in Toronto said as far as they were aware, all services to United States citizens in Canada, including passport and VISA services would be operational in all consulate offices nationally.  The U.S. embassy in Ottawa would remain open, too.

While it remains to be seen what the outcome will be, Americans surveyed today by CNN are placing blame for the potential shutdown on the Republicans.

If the Republicans and Democrats do not reach a decision by midnight, the government would be shut down would be affective immediately.