Strutting in stilletos to raise awareness 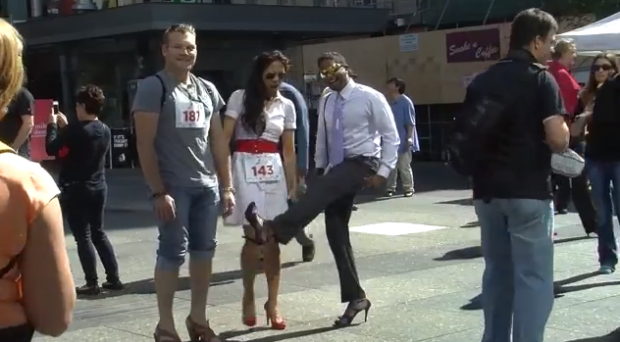 By Megan Rach and Melissa Deeder

Once a year, men get the chance to learn what it’s like to “walk a mile in her shoes”.

This year marks the 5th anniversary of Walk a Mile in Her Shoes, associated with the White Ribbon campaign.

Men pick out a pair of high heels and after learning to walk, make their way through downtown, starting at Yonge and Dundas Square. This event is for volunteers to raise money and raise awareness for gender-based violence.